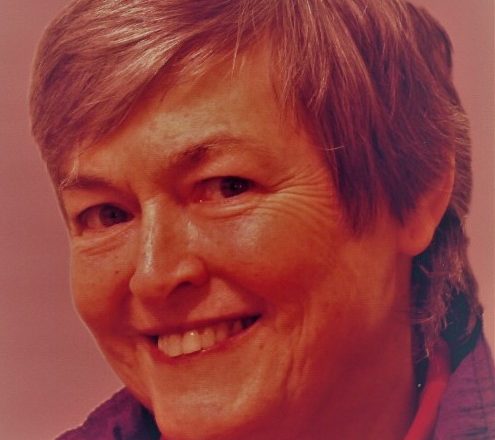 Cynthia was born in Indianapolis, Indiana, to Oliver Penn Crose and Anne Nicklin Crose (née Nicklin). She was the second child of three children, with her sister, Rita Sullivan; and brother, Robert Crose.

Cynthia grew up in Wilmette, Illinois, and graduated from Marywood High School in Evanston, Illinois. She attended the University of Illinois in Champaign-Urbana and earned a bachelor’s degree in 1960. She and her family settled in the suburban Chicago area.

In 1999, she left Chicago and went on a post-retirement adventure, traveling the country for the next several years. She thrilled at the prospect of visiting friends and family, and she even performed extended home watching for traveling friends during this time.

After traveling extensively, Cynthia found herself in Door County and fell in love with the land, people and culture. In 2006, she settled in Sister Bay and made it her permanent home. Cynthia was a lifelong artist who loved crafting and poetry. One of the highlights of her art career was the art show titled Cynthia’s Electric Art at the Unitarian Universalist Gallery in 2012.

Cynthia was an active member of the Unitarian Universalist Fellowship of Door County and loved to socialize with many local friends and acquaintances. In her later years, she moved to Scandia Village.

During her final days, Cynthia was surrounded by loving, supportive friends and staff at Scandia Village.

She was preceded in death by her parents; sister; brother; and youngest son, Douglas.

The family sincerely thanks the loving people at Scandia Village for all the specialized and personal care given to Cynthia – especially during her final days.

Casperson Funeral Home and Cremation Services in Sister Bay is assisting the family. Expressions of sympathy, memories and photos of Cynthia can be shared through her tribute page at caspersonfuneralhome.com.