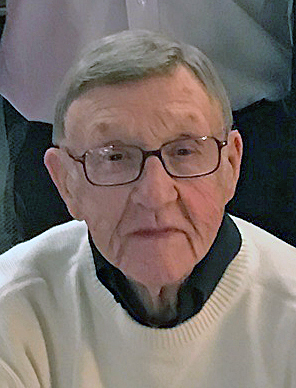 Dale worked as a salesman for Mrs. Karl’s Bakery for 34 years.  He was a long-time and very devoted member of the Sturgeon Bay Moravian Church where he served in numerous capacities. In his younger years, he loved playing in the Door County Baseball League. He also liked to follow the Badgers, Brewers, and Packers. Dale enjoyed many years of fishing, vegetable gardening, and playing cards.

Funeral Services will be at 11 am, March 3 at the Sturgeon Bay Moravian Church with Rev. Dr. Mathew Knapp and Rev. Reeder Herrick officiating. Burial will be in Shiloh Moravian Cemetery. Visitation will be at the church on Saturday from 9:30 am until the time of service. Forbes Funeral Home & Cremations is in charge of arrangements. In lieu of flowers, memorials may be given to the Sturgeon Bay Moravian Church. Online condolences may be offered at forbesfuneralhome.com.