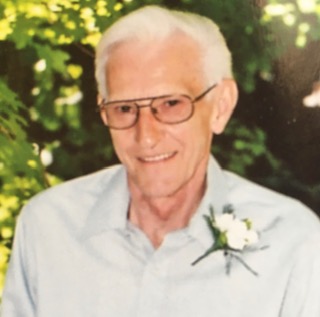 Dan was born March 27, 1940, in Fish Creek, the son of the late John and Margaret (Robertoy) Henry. From Door County he moved to Appleton, where he was employed with Park N Market grocery store for years. He also was employed at the Outagamie County Heath Center in Appleton. In the late 1970s Dan ventured out to purchase and co-own a tavern in Sherwood and called it The Ships Den, then later retired with Holiday Inn of Appleton.

Dan was a strong man with a tender-heart and a gentle soul. His loving, caring spirit and beautiful smile will be remembered most by those who knew him.  He had a huge love of nautical ships from the turn of the century and a massive collection of old ship replicas that filled an entire room from wall to wall. He also had a passion for the ancient Roman days, and he collected knights of armor. Dan also had numerous dogs and cats through the years, each were very special to him.

A celebration of life service for Dan will be held at 11 am on March 21, 2020, at Appleton’s Highlands Memorial Park in the Star of Hope Chapel with Mike Huff officiating (Mike was requested by Dan). Visitation will be from 9 am until the time of service.

In lieu of flowers, funds to various animal shelters will be established in his name; as Dan’s heart overflowed with love for animals.

Dan’s family would like to thank Ascension Hospice for their wonderful service of compassion and always being there; especially Molly. Also we would like to extend our gratitude to Heartwood Assisted Living for their kindness, and for their remarkable end of life care, they were truly a comfort and blessing.

Dan’s family and friends will always remember the many unique memories he created for us, each were one of a kind…..just as he was.  We already miss you, more than words can say.