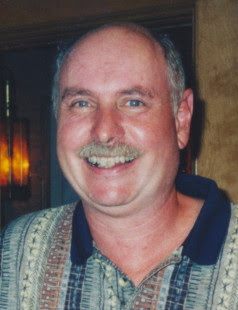 Daniel Richard “Dick” Meyer, Jr., 77, of the Town of Sturgeon Bay, died in the comfort of his home on Saturday night, July 2, 2022 after a long battle with MS.

He was born on February 26, 1945 to Daniel Richard Meyer, Sr. and Barbara Jane (Bert) Meyer. In 1964, Dick graduated from Glenbard West High School in Glen Ellyn, IL and went on to attend Simpson College in Indianola, IA. He worked as a Purchasing Agent in the steel business in Franklin Park, IL for nearly ten years. On September 11, 1971, Dick married Susan Kaye Anderson at her home church, St. Mark’s Episcopal Church in Glen Ellyn, IL. They became landlords after purchasing a 3-flat building “with potential” in Chicago’s near north side. It was quite the adventure complete with colorful chickens on the roof!  After two years, Dick and Sue had an opportunity to purchase a motel in Harrison, MI. (Another adventure!) Fun times included snowmobiling, skiing, perch fishing, and hunting for morel mushrooms. Dick was known as the “mushroom man” and taught a Mycology class at the local community college.

In 1983, he and Sue moved to Wisconsin and settled in Sturgeon Bay where his woodworking hobby became a business. Dick’s specialty was custom one-of-a-kind work: furniture, cabinetry, and even a beautiful violin he gifted to Sue. In between work, he spent time gardening, making firewood, and making bread or pizza, which he baked in a wood-fired oven of his design. Dick started juggling at age 50, and if anyone was to “blame” it was his sister, Carol. She was the one who sent him a set of juggling balls. Dick practiced, and Sue was a good sport and eventually was brought into the juggling “routine.” They taught a lot of kids and community members how to juggle at some of the local festivals. Dick and Sue even dressed the part as they juggled at the local events. He loved to tackle various projects throughout his life; give him some time, and he could usually “noodle it out.” After his MS diagnosis, Dick’s skills were put to the test again, as he fabricated a patient lift, so he could remain at home.

He will be missed by his wife, Sue, with whom he shared nearly 51 years of marriage; sister, Carol Smith (Joe) Falcone of Syracuse, NY, sisters-in-law, Jane (Reed) Mackenzie of Chaska, MN, Hillary Brooks (Gary) Hilstrom of Tempe, AZ, and Allison Brooks of Scottsdale, AZ; many nieces and nephews; other relatives; his beloved Chili Dog; and friends.

Dick was preceded in death by his parents; parents-in-law, Marjorie and Charlie Brooks; brother-in-law, Rick Anderson; and other relatives.

The family would like to express their heartfelt thanks to the staff of Ascension at Home for their compassionate care during Dan’s/Dick’s journey. “Thank You!”

No formal services are scheduled to be held at this time.

Huehns Funeral Home, Inc. & Door County Crematory LLC in Sturgeon Bay are assisting the family. Expressions of sympathy, memories, photos, and memorial donation information may be shared with Dick’s family and friends through his tribute page at www.huehnsfuneralhome.com.