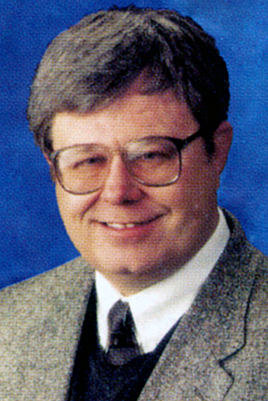 Dan was born Jan. 6, 1950 in Sturgeon Bay, to Leon and Ellen (Root) Viste. Since Leon worked as a U.S. government inspector in various Navy yards, he and the family moved several times. They moved to Fort Lauderdale, FL, when Dan was 4 years old, where he enjoyed boating with his brother, Bob.  At age 7, they moved to Lorain, OH, and then to Bay City, MI, at 9 ½ years. They moved to Springfield, IL, at age 12, where he attended Ulysses S. Grant Middle School and graduated from Springfield High School in 1968. He moved to Baileys Harbor with his mother after his father’s death. He graduated from St. Norbert College in De Pere, WI, with a degree in economics in 1972. He met the love of his life, Charlene King, while in college together. They were married June 30, 1973 in Antigo at St. John Catholic Church.

He was employed at The Bank of Sturgeon Bay, as an assistant vice president and loan officer for 14 years. He worked as a finance manager at Jorns and also Nelson Team Ford. He was the manager of Cherry Point Mall for three years. At the time of his death, he was employed with Premier Real Estate Management as property manager of Oxford Avenue, Bayview, and Alabama Place apartment complexes in Sturgeon Bay for 14 years with an A.R.M. certification.

Dan served on St. Joseph School board for several years. He was extremely active in the Sturgeon Bay Jaycees, which he joined in 1981 serving as Jaycee president in 1983. He also served as a district director and received the Jaycee Statesman’s Award. He was a very important part of many Jaycee projects such as June Jubilee, Toys for Tots, Christmas tree pick up, and numerous brat sales. Through Jaycees he made lifelong friends, and enjoyed many evenings playing sheepshead, poker, and planning community projects.

He enjoyed the Brewers, Packers and golf with his sons and buddy Mike Shaw. He and his brother, Bob loved to play tennis together in their youth. Above all, he enjoyed spending time with his family and friends. The day before his death, he was already planning his next travel adventure with his wife, along with summer trips to visit sons and grandchildren.

The family would like to thank all the friends and relatives who have been a wonderful support during this tragic time. Memorials may be given in Dan’s memory as a memorial fund will be established in his name.