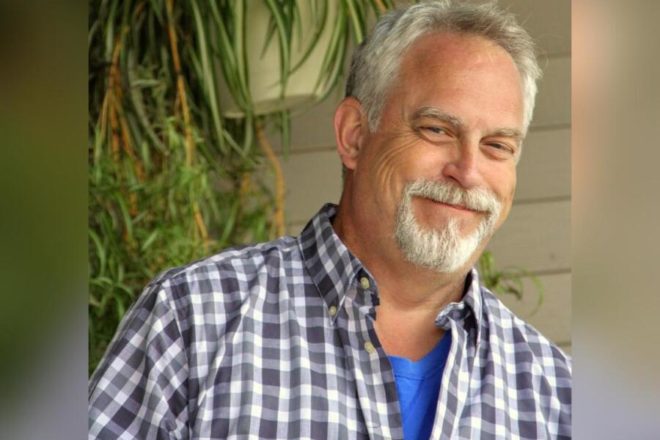 David Alan Swagel, of Portland, Oregon, died on December 15, 2020 surrounded by loved ones, after a grueling battle with Peritoneal Mesothelioma.

David was born on August 22, l957 to Patricia and Anton Swagel in beautiful Cedar Rapids,Iowa. He cherished his happy childhood growing up with seven brothers and two sisters. They had the freedom and independence to explore the natural surroundings of Door County, Wisconsin.

David graduated from Sturgeon Bay High School in 1975. He was a loyal Badger; he graduated from UW Madison in 1979 with a chemical engineering degree. Wanderlust and adventure prompted his solo trip to Europe in 1980. He cycled through many countries sampling the beers and admiring the sights. The ’80s were a time of change and new beginnings. He came to Portland to visit his brother Tony Jr. and found a new place to call home. In 1986 he was coaching Special Olympics when he crossed paths with his wife, Nadina.

They married in 1988, and their son was born in August, 1994. They were the Boys of August. Fatherhood was a journey unto itself. He and Andrew discovered many common interests and made so many treasured memories.

Camping, dirt bike riding, exploring Oregon beaches, enjoying backyard time around the firepit, and later, having drinks at the Red Room while shooting pool. David tried to keep his doting nature discreet; dropping off lunches to Andrew at his work place on weekends was one of his many supportive gestures.

David was just two years shy of retirement. He worked for KPFF Engineering Consultants for 23 years as their archive manager. He was respected and valued for his meticulous organization and helpful support.

Nadina’s family, the Sternfelds (Annette, Bill, Toni, Mark & Todd) were David’s West Coast family. We spent holidays, vacations and health ordeals together as Team Sternfeld. David was welcomed as a son and brother. Our memories of playing games, sharing laughs and celebrating milestones will be part of his loving legacy.

His life story is not complete without mention of his thoughtful, creative spirit as a romantic husband. He endured countless jokes and jabs about his “candle and flowers shrines” he created for her birthday, Mother’s Day and Valentine’s Day. He took such care and had such pride when it came to making others happy and being helpful. His gentle nature and generous heart made the world a better place. He leaves behind loved ones who will feel his presence forever more.

Expressions of sympathy, memories and photos of David may be shared with his family through his tribute page at www.huehnsfuneralhome.com.