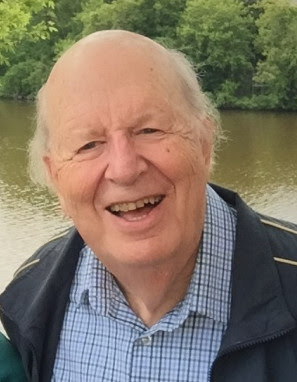 He was born March 15, 1938, in Billings, MO the son of the late Donald and Nancye (Glascock) Detert.  Following his graduation as valedictorian from East Lyden High School in Franklin Park, IL, David received his undergrad in Electrical Engineering from MIT, and received his masters and doctorate from the University of Illinois in Champagne-Urbana.

Never one to boast, David’s intelligence and willingness to learn afforded him many business opportunities throughout life which led to a fruitful career with several companies, including defense work, telecommunications, and video conferencing. He was part owner in a private consulting firm and worked with many companies in the United States, Europe, Singapore and Australia. His career culminated in a six-year stint living in Montpellier, France, retiring in 2003.

David was a member of First Baptist Church in Sister Bay, where he served as Chairman of the Board of Elders, Chairman of the Missions Committee, and as Director of Bridges of Friendship to International Students for 11 years. He also served on various Boards for Christian ministries, including a homeless shelter, Lazarous House in St. Charles, IL, World Evangelical Fellowship, Mission Chad, and Impact France.

Funeral services will be held at 2:00 p.m. Sunday, September 25, 2022, at First Baptist Church of Sister Bay with Rev. Mark Billington officiating.  Burial will be on Monday at Little Sister Cemetery.

Casperson Funeral Home of Sister Bay is assisting the Detert family. Expressions of sympathy, memories, and photos of David may be shared with his family through his tribute page at www.caspersonfuneralhome.com.