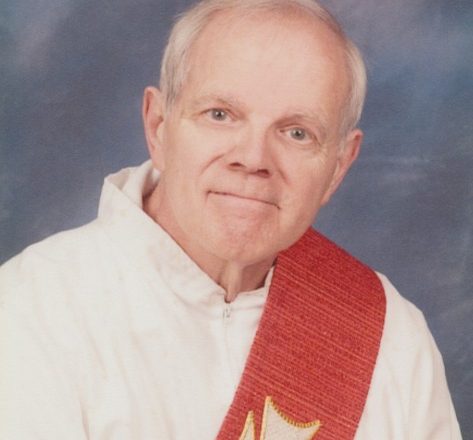 He was born March 22, 1939, in Milwaukee the son of the late Alex and Lucille (Rafalski) Kopydlowski.  Ken graduated from South Division High School in 1957.  He received his associate degree from Milwaukee Tech in 1961 before receiving his Bachelor of Science from University of Wisconsin in 1965.  Ken completed his master’s in teaching in 1972 from UW Platteville. He finished his Diaconal Ministry Program at Cardinal Stritch College in 1986.  An additional master’s program was completed in exceptional education in 1987.  Ken received his Master of Theological Studies in 1992 from St. Norbert College and attended Silver Lake College Institute of Religious Studies in 1993.

Ken worked in education for the correctional system adult and juvenile, special education, along with counseling and education for domestic abuse, anger management, cognitive program, and AA, drug addiction programs.

He was a member of the Knights of Columbus.

Survivors include his brother, Alex Kopydlowski (and his children, Jackie and Michael); and Ken’s wife’s Mary’s family, Dan (Marilyn) Johnson of Sturgeon Bay, Tim (Melinda) Johnson of Carlsville (and their daughter, Emma).

A Mass of Christian Burial will be held at 11:30 a.m. on Thursday, August 26, 2021, at St. Joseph Catholic Church with Fr. Robert Stegmann celebrating.   Entombment will follow at St. Joseph Mausoleum.

Memorials may be made in Ken’s memory for St. John Bosco School.

Huehns Funeral Home is in charge of arrangements.