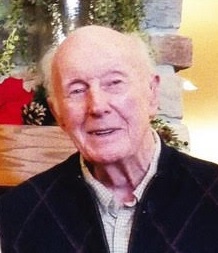 He was born December 13, 1925 in Milwaukee, son of the late Dellmont James and Edna (Nolte) Lindbloom. Dell attended Milwaukee Boys Technical High School, where he graduated from in 1943. He enlisted in the United States Navy in March of 1944 and proudly served his country during World War II until his honorable discharge in 1946. Dell was united in marriage with Jean Nancy Berger at Faith Lutheran Church in Milwaukee on August 24, 1946. He attended Stout State College (now University of Wisconsin – Stout) and first obtained his Bachelor of Science degree in industrial education in 1949 before receiving his Master of Science degree in industrial education in 1951. Dell began his career in 1949 as an industrial arts teacher for Fox Point – Bayside School District. He was subsequently appointed to the position of Principal at Dunwood Elementary School and later, Superintendent of the Fox Point – Bayside School District. He was the Superintendent until his retirement in 1987. During the summers in the 80s, Dell and Jean would reside in Ephraim and the rest of the year in Bayside. In 1991, the couple moved to Ephraim permanently. They were members of First Baptist Church in Sister Bay, where Dell served as former chairman of the Church Council and played an active role in the BRIDGES Program. He and Jean shared 63 years of marriage together before she preceded him in death on January 6, 2009. Dell was active with the Billy Weiss American Legion Post 527 in Sister Bay and marched with them during the Memorial Day Ceremony and Fourth of July parade. He enjoyed serving as a docent at the Maritime Museum in Gills Rock, where he was known as, “Captain Dell”. He was an avid walker, golfer, and woodworker.

He was preceded in death by his parents, Dellmont and Edna Lindbloom; wife, Jean Lindbloom; grandson, Robert Lindbloom; and sister-in-law, Edle Sandem.

Dell will be laid to rest in Ephraim Moravian Cemetery next to his beloved wife, Jean, on Saturday, December 12, 2020 at 1:00 p.m. A service of remembrance will be held in 2021.

Casperson Funeral Home of Sister Bay is assisting the Lindbloom family. Expressions of sympathy, memories, and photos of Dell may be shared with his family through his tribute page at www.caspersonfuneralhome.com.