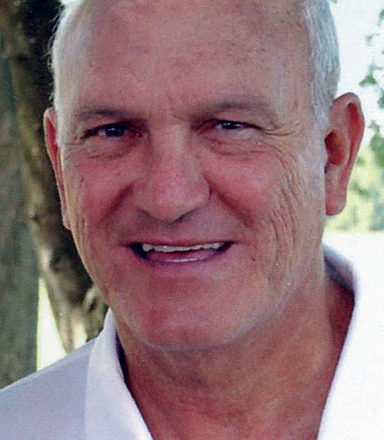 Dennis worked as a supervisor for the U.S. Post Office in Sturgeon Bay for 33 years, and in his retirement, he worked part-time for the Door County Housing Authority.  He was a past member of St. Joseph’s Church in Sturgeon Bay, where he served on the athletic board, and was a current member at Holy Name of Mary Church in Maplewood.

Dennis had an amazing love for all sports.  In his younger days, he was an avid baseball and basketball player.  He later umpired Legion and Door County League Baseball and was a WIAA high school basketball referee, as well as a softball and baseball umpire for over 30 years.  Dennis’ life-long passion and extensive involvement in local sports led him to be inducted into the Door County Baseball Hall of Fame.

He loved to watch his children, grandchildren, nieces, and nephews play in all of their sports.  Dennis took great pleasure in teaching them his fast ball, and knuckleball, and how to “box out” and shoot a free throw.  He also loved to golf, and had a “hole in one” at Idlewild Golf Course.  Dennis enjoyed playing all varieties of cards, especially teaching the kids how to play cribbage.  He also waited patiently for many years for his beloved Chicago Cubs to win the World Series.

A memorial mass with veteran services will be conducted at 11 am on Jan. 7  at Holy Name of Mary Church in Maplewood with Rev. Anthony Birdsall officiating.  Visitation will be from 3 to 8 pm Friday at the Forbes Funeral Home and from 9:30 am until the time of services at the church on Saturday.   A prayer service is scheduled for 7 pm on Friday at the funeral home.