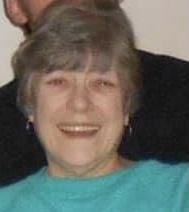 Diane loved doing puzzles and watching movies.  She was a very giving person who enjoyed spoiling everyone.  Diane was also known by many as the “Candy Lady”.

She was preceded in death by her parents; husband; infant son, Ronnie; and 2 sisters, Dolores Sellhausen and Donna Beck.

Due to the pandemic the family will have memorial services at a later date.

Special thanks to all those at Davita Dialysis Center (Riverside Location), St. Vincent’s Hospital, Unity Hospice, and Doctors Neu and Smith for the wonderful care and support.