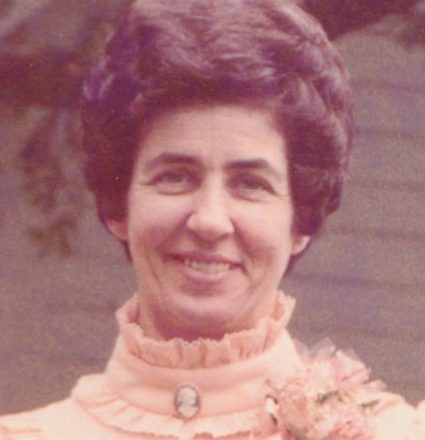 She was born January 29, 1935 in Green Bay, the daughter of the late John and Ceil (Mancheski) Brans. Diane worked at Milwaukee Shoe Factory, for 16 years at PBI (which was like family), and 10 years at Midwest Wire before retiring.

On Nov. 2, 1952, she married Duane G. Weckler at Sturgeon Bay Moravian Church. He preceded her in death on May 26, 1997. They did everything together, traveling, following the Packers and NASCAR, and dining out with friends. Diane’s theme was “working for the weekend.”

Diane was preceded in death by her parents; and two brothers, Jack and Larry.

Her life was honored with a funeral service July 31, 2018 at the Sturgeon Bay Moravian Church with Rev. Reeder Herrick officiating. Diane was laid to rest beside her husband, Duane, in Bayside Cemetery.

Visitation for family and friends was held at the Sturgeon Bay Moravian Church.

“Our family owes a huge debt of gratitude and would like to thank the entire LeMieux family for their many kindnesses and friendship shown to Diane over many years and especially with her in the last days.”

Huehns Funeral Home in Sturgeon Bay is assisting the family. Expressions of sympathy, memories, and photos of Diane may be shared with her family through her tribute page at www.huehnsfuneralhome.com.