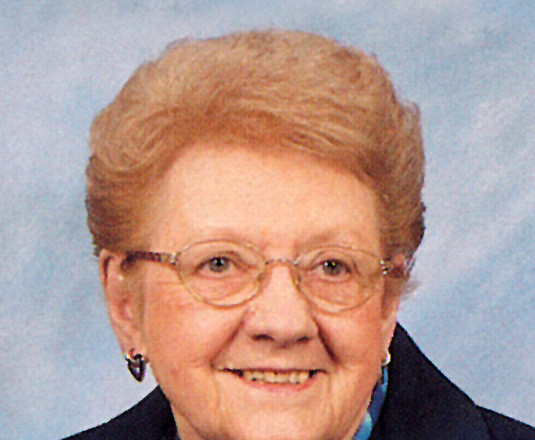 She was born Dolloris Marie Miller on July 28, 1920, in the Town of Nasewaupee, the daughter of Albert and Lilly (Neinas) Miller. Marge graduated from Sevastopol High School in 1938. She waitressed for some time until her marriage to Howard E. Gordon on September 28, 1940, at St. Peters Ev. Lutheran Church in Sturgeon Bay. He preceded her in death on January 4, 1998.

In 1967, Marge came to help with the family electrical business, managing the office at Gordon Electric and Refrigeration.

She enjoyed watching the Packers. Marge was known for her cooking skills, baking (from memory), and especially being a homemaker and spending time with her family.

Friends may call at the church, Saturday morning, from 10:00 a.m. until the time of services.

Huehns Funeral Home of Sturgeon Bay is assisting the Gordon family with arrangements. Condolences and guestbook signing may be offered at www.huehnsfuneralhome.com.