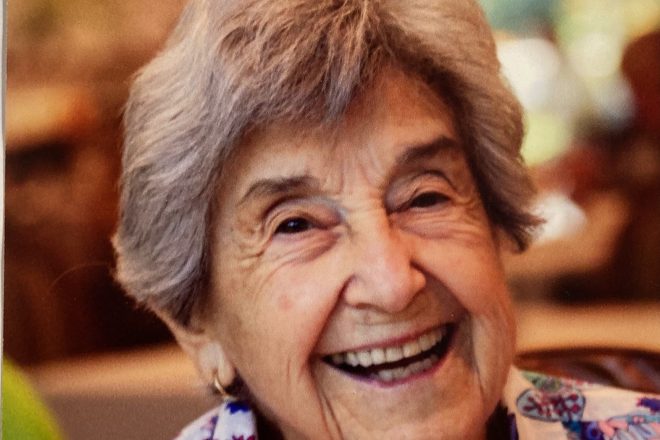 As a young adult, Dorie developed a desire for traveling. In fact, that wanderlust took her to Mexico City in 1957, where she met the love of her life, Guy L. Bush, on a blind date. A Cockroach Story. In the later stages of their courtship, Guy went to visit Dorie at her parents’ house in New Jersey. While there, he picked up a rare species of tropical cockroach to use in his research. However, Dorie’s father had a strong disdain for insects of any kind. In a testament of true love, Dorie hid the cockroaches under her bed to keep them from freezing in the January winter. They married in Paterson, New Jersey on June 28, 1959.

Dorie worked as an assistant curator at the Museum of Comparative Zoology at Harvard University while her husband worked on his Ph.D. Upon leaving Massachusetts, Dorie and Guy embarked on a two year research adventure which included many nights sleeping under the stars in the Australian outback. In 1966, Dorie and Guy moved to Austin, Texas sight unseen from Australia where they started a family. Later, Dorie was a substitute teacher for Austin ISD and an English teacher at St. Louis Catholic School. In 1969, Guy’s research brought the family to Door County, Wisconsin. Dorie and her family fell in love with Door County and the friendships made there. Later, this became their second home. In 1981, the family moved to Okemos, Michigan where she continued her career as an educator. Dorie’s advocacy and passion to help children led her and a friend to establish a branch of Lekotek, a non-profit toy lending library for special needs students and their families. Eventually retiring to Fish Creek in Door County, Wisconsin in 2001 before moving back to Austin full time in 2015.

Dorie’s love for travel brought her to Mexico, New Guinea, Japan, Brazil, Chile, Israel, Canada, all of Europe, and throughout the United States. These visits often included camping and trekking across the countryside. Memorable sabbaticals include Zurich (1971), Berkeley (1977), and Oxford (1990).

Dorie had a beautiful energy, an upbeat personality, and an infectious smile that always lit up the room. Her warmth, kindness, and gentle peacefulness brightened everyone she touched. She had a special gift of showing genuine interest in others. People were naturally drawn to Dorie to share in laughter and good conversation. Dorie developed lifelong friendships wherever she visited and lived. She was always up for a good adventure and keen to try something new. She was an avid reader, enjoyed the arts, and loved to play the piano. Her greatest joy was her love for and dedication to her family.

A Memorial service and celebration of life will be held at a later date. An online memorial site is established at www.wcfish.com.