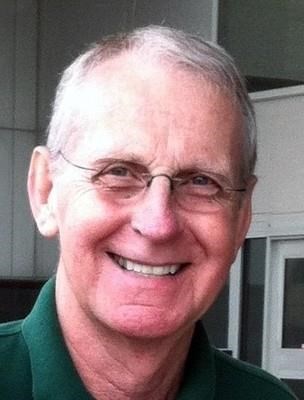 A resident of Cincinnati OH and native of Sister Bay WI

His elementary education was at the two room Appleport School in Sister Bay.

He attended Gibraltar High School in Fish Creek participating in baseball, basketball and football graduating with the class of 1963.

Don continued his education at Luther College in Decorah IA later transferring to the University of WI in Madison graduating from the School of Pharmacy in 1968.

That led him to his first career with Hoffman LaRoche Pharmaceuticals and later a change to Hallmark Cards Inc until retirement.

When at college he met Dottie Dorenbos and they married October 5th, 1968 in Milwaukee WI. She survives along with their daughter Brigid, her husband Tom and their daughters Erica and Hallie all of Cincinnati and a sister Nancy Reimer.

His companionship will be missed by many loyal friends in the Cincinnati area and others from previous residence in IL, MN and WI (always a Badger & Packer fan).

The family is so grateful for the care given to him at the assisted living, extended  care facilities and Hospice of Cincinnati as he coped with Alzheimer disease in his final years.

Memorials in his name may be given to Wright State University Medical School Anatomical Gift Program or Hospice of Cincinnati (both addressed available on the web).

A celebration of his life will be held in Sister Bay at a later date.