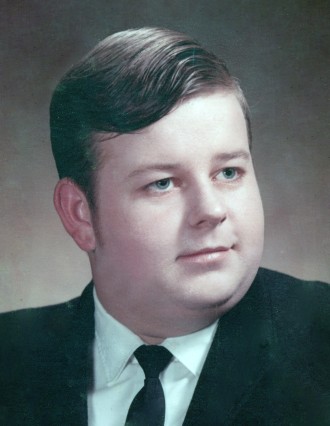 He was born February 28, 1951 in Sturgeon Bay, the son of George Harry Mikels and Joyce Donna Mikels. Don attended Sunny Point School in the Town of Egg Harbor before Sevastopol High School and then Sturgeon Bay High School. He was united in marriage to Ruth Edna Eckert on April 13, 1970 in Sturgeon Bay.

Don was initially employed with (the former) Moeller’s Garage (located at the corner of Third Avenue and Jefferson Street downtown Sturgeon Bay) for several years before going to work in the shipyards at Bay Shipbuilding Co. as a welder for year. He went to work at Malvetz Gas Station on Egg Harbor Road for four years until his mobility/health prevented him from working in 1991.

For nearly 30 years, Don and Ruth lived together in Green Bay. They moved back to Sturgeon Bay in 2003.

Don had a passion for working on cars. He enjoyed going for rides on his motorcycle with Ruth. Don loved spending time with the family dog, Holly, and she knew he was always the one to spoil her. He also liked cutting lawn.

Don and Ruth were blessed with over 51 years of marriage and a daughter, Heather.

He will deeply missed by his wife, Ruth; daughter, Heather of Sturgeon Bay; siblings-in-law, Gerald (Shelly) Eckert of Algoma and Elizabeth Mencheski of Green Bay; nieces and nephew, Nick, Lacey, and Brittany, and Meghan and Tiffany; and other relatives.

Don was preceded in death by his parents; brother, Michael (1971); other relatives; and his dog, Holly.

At Don’s request, no services will be held. He will be laid to rest beside his family in Egg Harbor Town Cemetery.

“Thank you to the staffs of Eden Brook Nursing Home and Unity Hospice for the wonderful and compassionate care you all gave to Don.”

Huehns Funeral Home, Inc. & Door County Crematory LLC in Sturgeon Bay are assisting the family. Expressions of sympathy, memories, and photos of Don may be shared with his family through his tribute page at www.huehnsfuneralhome.com.