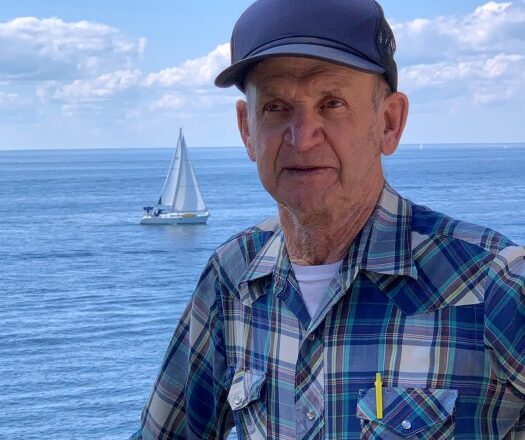 Donald “Donnie” Joseph Maleport, 82 years old of Brussels, WI died Sunday, August 15, 2021 at Brookwood Baptist Hospital in Birmingham, AL. He lived in Alabama with his daughter, Kelly Maleport Clifton, during the last year of his life.

He was born May 29, 1939 in Sault Ste. Marie, MI the son of Henry and Loretta (Mayotte) Maleport. Donnie was the youngest of five brothers, so he learned at an early age not to back down from anyone.

Sometime during the 1970’s, Don moved to Brussels, WI for work at Bay Ship. It was there that he met and married Judith Ann Strassman from Jacksonport, WI. He worked as a boilermaker at Bay Ship until his retirement. Don enjoyed vintage vehicles and had quite a collection. A pride of his was a 1954 Chevrolet pickup he restored in its entirety to original condition. He liked to attend Iola, WI swap meets yearly to buy, sell, and trade old vehicles and parts. In his heyday he played guitar along with his brothers and friends, playing musical instruments at family gatherings/parties. He liked to go dancing, play pool in a league near Brussels, enjoyed deer hunting, motorcycling, and bowling. Don was also a faithful member of the Polar Bear Club in Jacksonport, WI. To stay fit in his retirement, he would ride his bicycle daily to a roadside park, do some exercises, and ride back about 10 miles roundtrip. While on his daily rides he would bring some food for stray cats that he made friends with along the way. Later in life, he attended Corpus Christi Catholic Church.

His wife, Judith Maleport preceded him in death on August 28, 2010.

He will be dearly missed by his family, friends, and his neighbor, Jason.

Service arrangements are pending with burial to be held at Lakeview Cemetery in Jacksonport, WI next to his wife, Judith.

Huehns Funeral Home, Inc. & Door County Crematory LLC is assisting the family. Expressions of sympathy, memories, and photos of Donald may be shared with his family through his tribute page at www.huehnsfuneralhome.com.