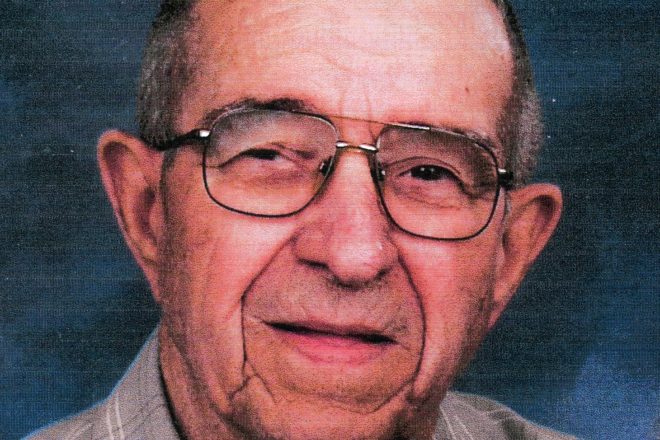 Donald Walter Herlache, 90, of Sturgeon Bay passed away at home on July 22, 2020 after a courageous battle with cancer.  He was born September 23, 1929 in Sturgeon Bay to Eli and Jeanette (Hoerres) Herlache.   On April 7, 1951 he married Audrey Carol Herlache at St. Franics Xaiver Church in Brussels.

During his life, Don farmed, owned an excavating company, was a commercial fisherman and sailed on the Great Lakes.  He also worked in the shipyards for a number of years.  In 1972, he founded Herlache Small Engine on the west side of Sturgeon Bay.

Don enjoyed time spent on his land in the Town of Gardner. He also loved spending time with family, especially the grandchildren.

A public visitation will be held on Friday, July 24, 2020 from 10 a.m. to 12:30 p.m. at the Forbes Funeral Home.  Face masks are to be used and social distancing will be implemented.  Due to limited seating and public health concerns, a private service for the immediate family will follow.  The funeral service will be live streamed on the Forbes Funeral Home business facebook page at 12:45 pm on Friday. Burial will be in Bayside Cemetery.  Don’s grandchildren will act as pallbearers. On-line condolences may be offered at forbesfuneralhome.com

Special thanks to Unity Hospice and to Celeste, Vicky, Roxanne, Lauri from United Home Health Care Services for their dedication and care provided to Don during the past few years.

In lieu of flowers memorials may be directed to Don’s favorite charity, the Sunshine House in Sturgeon Bay.