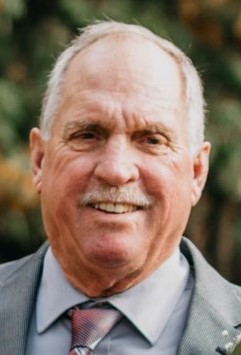 It is with a heavy heart that we ring eight bells for Donald James Sarter. He was lost at sea in Lake Superior at 68 years old. Don was born in Sturgeon Bay to Herbert and Gwendolyn (Crewe) Sarter. On April 29, 1994, he married Julie Ann Lehmann in the Bahamas.

Don served 47 years as a tugboat captain for Roen Salvage. He and his wife recently purchased the Selvick Marine Towing Company, renaming it Sarter Marine Towing. He loved his career and lived by the motto that “If you love your job, you never work another day in your life.”

He enjoyed hunting, fishing and spending time with family. He especially enjoyed time spent with his grandchildren. Don was a loving husband, father and grandfather and will be dearly missed.

Don was preceded in death by his father and mother, Herbert and Gwendolyn Sarter; and his brother Dale Sarter.

A visitation will be held at the Forbes Funeral Home in Sturgeon Bay on Sunday, Oct. 6, 2-7 pm. A memorial service will follow the visitation at 7 pm at the funeral home.