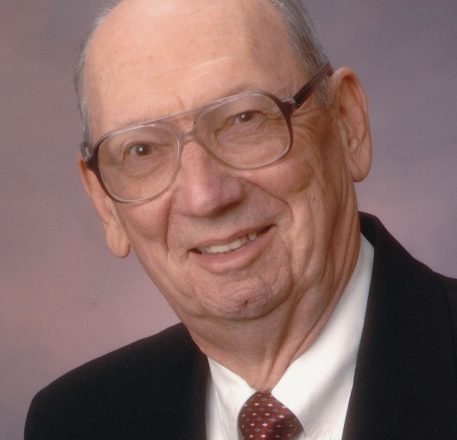 He was born May 31, 1931, in Sister Bay, the son of Elmer Francis Berns and Marjorie Grace (Knutson) Berns. Don grew up in Door County and attended grade school in Sister Bay. He graduated from Gibraltar High School in 1949. Don attended St. Norbert College in De Pere for two years and then entered the United States Air Force in 1951, where he completed training as a weather observer. As part of the Korean Conflict, he was sent to Japan and Korea and then was honorably discharged in 1955 as staff sergeant.

Don returned to St. Norbert College, where he completed a B.S. degree in biology. In 1959, he completed an M.S. degree at the University of Wisconsin-Madison in education. While at UW-Madison, he was a research assistant in an ongoing study of gifted high school students. Upon graduating, he spent eight years teaching and counseling in several Wisconsin high schools: Thorp, Algoma, Columbus and Kettle Moraine.

Don was awarded several federal grants, including one from Indiana University, where he completed studies for a specialist in education degree in 1970. He was a counselor at Gateway Technical College in Kenosha from 1967 to 1991. While at Gateway, Don was awarded a federally funded project to aid career planning for vocational and technical students. It involved photographing and writing about 30 career-program areas at the college. He also published an article, “Non-punitive Grading System,” in the Wisconsin Educational Journal, which was ultimately adopted for use by the college.

Don was awarded summer-school grants from the General Electric Company to study opportunities in career education.

He was a leader and strong believer in vocational and technical education and held leadership positions in various professional organizations. Don served as president of the Kewaunee County Education Association, Gateway Technical College Education Association, and was a member of Phi Delta Kappa, an honorary educational society. He was also a member of the American Personnel and Guidance Association, the Wisconsin Counselor and Southeast Wisconsin Counselor Associations, and Meals on Wheels in Kenosha County.

Don was happily married to Linda Lou Harness in 1965. Together, they lived in Kenosha and Silver Lake with their two children, DeAnn Lynn and David Donald, from 1967 until 2004. While living in Silver Lake, Don served two terms as trustee on the Silver Lake Village Board. He was also a member of the Kenosha County Civil Service Commission, the Billy Weiss American Legion Post #527, and the Veterans of Foreign Wars Post #8337, both of Liberty Grove, and Stella Maris Parish in Sister Bay (formerly St. Rosalia Parish).

In the 1960s, Don operated the Sister Bay Information Center for eight summers. He loved his family and friends in Door County. In 1995, Don and Linda built their retirement home in Door County. During his leisure time, he enjoyed golf, photography, deer hunting, reading, world travel, woodworking and gardening.

Don was especially proud of his Norwegian heritage and was a longtime member of the H.R. Holand Lodge of Sturgeon Bay, where he served as president. His Norwegian ancestor, great-great-grandfather Torkel Knutson, came to Sister Bay along with his family from Larvic, Norway. All are buried in Little Sister Cemetery in Sister Bay.

Don’s life will be honored with Mass of Christian Burial at 11 am on Saturday, May 11, at Stella Maris Parish in Sister Bay, 2410 S. Bay Shore Dr., with Fr. David Ruby as celebrant. Burial with military honors by the United States Air Force and the Billy Weiss American Legion Post 527 will follow in St. Rosalia Cemetery.

Memorials may be given in Don’s name to the Stella Maris Parish, VFW Post #8337 or a charity of one’s choice.

Huehns Funeral Home and Door County Crematory in Sturgeon Bay are assisting the Berns family. Expressions of sympathy, memories and photos of Don can be shared through his tribute page at huehnsfuneralhome.com.