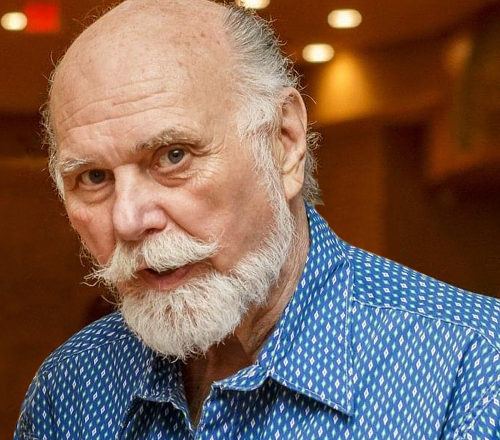 Despite having spent the majority of his years in Chicago, Don was born April 18th, 1947 to Rose Weirick, in Tacoma, Washington. When Rose later married William “Bill” Morrill in 1952, Don was adopted by Bill and raised by Bill and Rose together. Don grew up with siblings Patricia and William. He was also close with his half-sister Lynae from Bill’s previous marriage. Later in life, Don sought out his genetic father, Stephen Walter Prytula, who had already passed away, but was pleased to discover a half-brother in Arizona.

Don volunteered for military service in 1965, following his father’s tradition by joining the United States Marine Corps. He served active duty for four years in which he was awarded 4 Purple Hearts, 2 Bronze Stars with a V for Valor, 11 Air Medals, a Navy Marine Corps Commendation Medal with V, and Combat AirCrew Wings, among other awards. He also endured a period as a prisoner of war.

After military service, Don went into the trade of plumbing and in the early 1970s established his company, Dam Plumbing. In 1971 Don married Mary Sperl. During their time together the couple had two children, Jason and Julie. Jason, unfortunately passed at age 33.

In the late 1970s into the 1980s Don spent time volunteering with the Norridge, Illinois fire department as a firefighter and EMT. Don was an active body builder and health enthusiast for many years. He made many trips exploring the sea, scuba diving as a member of The Tritons Dive Club. He also enjoyed snowmobiling in the winter and riding his motorcycle around the country as much as possible.

Don was involved in helping Veterans in many ways including as a member of Veterans of Foreign Wars post 2088, and volunteering as a road guard with Run For The Wall. He was also involved for many years volunteering with the Marine Corps affiliated organization Toys for Tots among other generous gestures.

Don is survived by his daughter Julie (Peter Layton); his grandchildren Nicholas, Carley, and Taylor Morrill, as well as his siblings Patricia and William, and loving companion Pat Jaglowski.

A memorial service will be conducted at a later date at Ahlgrims Funeral Home in Schaumburg, IL.  Forbes Funeral Home of Sturgeon Bay, is assisting the family locally.

If you would like to make a contribution in honor of Don’s memory, please donate to the Marine Raider Foundation at the link below. https://marineraiderfoundation.org/