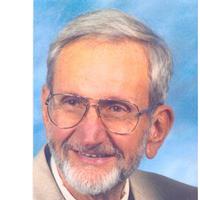 Donald R. Makuen, 86, of Ellison Bay, Wisconsin and Estero, Florida passed away unexpectedly on May 15, 2017 in Ellison Bay.

He was very proud to be named “Teacher of the Year” three times in his academic career, in 1969 from the University of Wisconsin-Green Bay, Wisconsin, in 1975 from Medgar Evers College (CUNY) and in 1986 from Lehigh County Community College, Lehigh, Pennsylvania.

Don achieved the distinction of Eagle Scout rank in the Boy Scouts of America. In addition, as part of his Boy Scouts experience, he was program and camp director for camps in New York State and the Y.M.C.A. and later worked with the Boy Scouts in Green Bay, Wisconsin.

Don and wife Nancy divided their time between Florida and Wisconsin and explored the U.S. and Mexico RV’ing with their dog Joy and cat Sauci. He never slowed down and never considered himself “retired” – that just meant he was actively involved in other activities. He was the recipient of the 2014 Hall of Fame Award from the Association in the Florida community where they lived for over twenty years.

He loved to tell stories and sing and together with his friend Charles Dickson, they entertained Peninsula State Park visitors with campfire songs and stories for more than 16 years. Don was also a song leader at the Ephraim Historical Foundation SingAlongs. He volunteered three times a week at the Liberty Grove meal site and was a long time Birch Creek Associate.

He was always thrilled to get back to Door County where he could not wait to take up his “performances” as master storyteller playing the part of Peter Rowley at the Rowleys Bay Resort fish boils. Don loved traveling, music especially jazz and big band; was an avid railroad and train enthusiast, a voracious reader and loved following and discussing politics. He was a staunch Packer fan and enjoyed major league baseball. He loved sitting around the home campfire on weekends with his stepchildren and later their children. He rarely missed morning coffee with his friends.

Don was preceded in death by his wife Nancy of forty-five years, his parents, and his stepchildren Jeffrey and Stephen.

Don is survived by his sister Leota (Bradley) and children Kathleen, Carolyn (David), David (Rebecca) and grandchildren Jenna and Luke. He is further survived by his stepchildren Barb (Lou), Mary (George) and John.

Don’s stepfamily will hold a “Remembrance Service” for him in Door County, in the summer of 2017, at a time and place to be announced publicly.