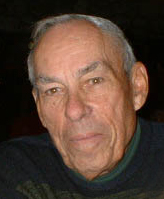 Donald W. Diekman, 93, died peacefully in the Door County Memorial Hospital with his wife, Marianne, and children, Karl and Kristine, by his side. His sister Jean Matz, sister-in-law and brother-in-law Martha (Mendius) and Don Garnett, and many nieces and nephews will also miss him greatly.

Don was born in Riverside, Illinois. He had a wonderful young life, with many adventurous boy friends living within walking distance of the Des Plaines River, where they all had a lot of fun. After graduation from high school, he joined the Navy Air Corps in World War II. He is one of the Greatest Generation.

Upon returning home from the Navy in 1946, he found his parents vacationing in Door County, Wisconsin, where he fell in love with the people and the area. Known as “Diek,” he ran excursion and fishing boats out of South Shore Pier in Ephraim, knowing all the best fishing spots in Eagle Harbor.

He went to college at Bradley University, where he met his wife, Marianne (Mendius), and life partner. Married for 67 years, they continued their adventures in Ephraim and Western Springs outside of Chicago. They traveled the world together widely.

Don was president of a family-owned manufacturing company that is still in existence today. He remained a strong leader, sitting on the board of directors until 2019.

They have two children, Karl Diekman and Kristine Diekman, both of whom have homes in Ephraim. Don taught Kristine one of the most important life lessons: always look ahead and down while sailing in Eagle Harbor. He passed on to Karl respect for nature and love of Door County.

Don loved fishing and sailing in Eagle Harbor and golfing at Peninsula State Park. He especially enjoyed splitting and stacking firewood for his fireplace. He never got tired of watching the sunsets from his house on the shore.

Should friends desire, contributions may be sent to the Door County Medical Center Foundation for the Skilled Nursing Facility and Hospice Care Capital Campaign, P.O. Box 230, Sturgeon Bay, WI 54235 or a charity of your choice.

Casperson Funeral Home in Sister Bay is assisting the Diekman family. Expressions of sympathy, memories and photos of Don can be shared through his tribute page at caspersonfuneralhome.com.