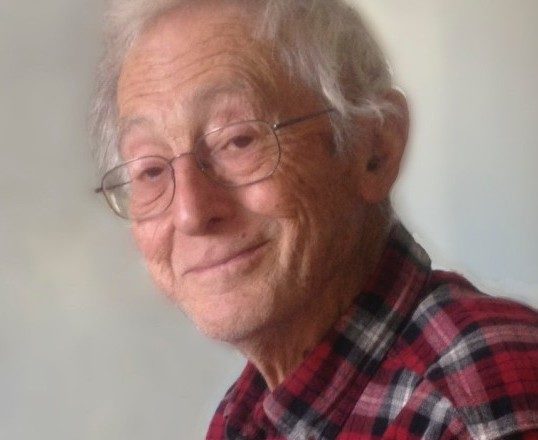 After graduating from Davenport High School, Don attended Iowa State University in Ames for two years before he enlisted in the U.S. Army during the Korean War. After being honorably discharged in 1954, he attended the University of Iowa, where he completed a B.A. and M.S., and earned his PhD in geography in 1967.

Don taught geography at the University of Wisconsin-Oshkosh, the University of Georgia, and Northern Illinois University (NIU). He retired from NIU in 1994 after 31 years of teaching, the last 12 of which he served as the chair of the NIU geography department. During academic year 1976-77, Don was a visiting Fulbright professor at Chiang Mai University in Thailand.

On Dec. 20, 1955, Don married Dana Catherine Griffith in Ferguson, Missouri, and together they raised four children. The two were members of Salem Lutheran Church in Sycamore, Illinois; and Decorah Friends Meeting, where Don was a very active volunteer.

An avid organic gardener, Don and Dana enjoyed preserving the vegetables and fruits from his garden. From his years as a Boy Scout and throughout adulthood, Don loved being outdoors – camping, hiking and canoeing – a love he shared with his family. An accomplished, competitive swimmer, he also shared his love of swimming with his children.

In his retirement, Don and his son, David, built a geodesic dome in Winnesheik County, Iowa, of which the family was quite proud. Another of Don’s great interests was traveling. During the 1990s, Don and Dana led multiple tours to China, Hong Kong, Indonesia and Thailand. They also made many road trips in the U.S., exploring national parks, especially in the west. Don was always willing to help his children with handyman projects around their homes.

He will be missed by his loving wife of 63 years, Dana; children, Elaine (Don) Sunnen of Lexington, Virginia, David (Kim) Maxfield of Pony, Montana, Laura (Steve) Waldron of Washington Island, and Mark (Suk) Maxfield of San Angelo, Texas; nine grandchildren; one great-grandchild; brother-in-law, Jonathan Griffith; and many nieces and nephews. All will miss his loving, steady presence and his unique sense of humor.

Don’s life will be remembered with a memorial celebration in Decorah, Iowa, on June 6, 2020. Details to come.

Casperson Funeral Home and Cremation Services in Sister Bay are assisting the Maxfield family. Expressions of sympathy, memories and photos of Donald can be shared through his tribute page at caspersonfuneralhome.com.