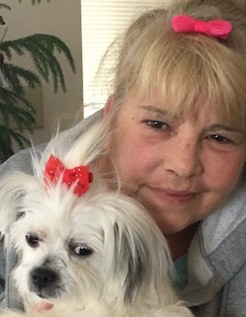 Dorothy E. Berch, 59 years of Sister Bay, WI, formerly of Downers Grove, IL died January 19, 2021 at her home with family at her side.

She was born December 29, 1961 in Chicago, IL the daughter of the late Theodore and Margaret (Heidecker) Berch. Dorothy attended Downers Grove North High School. She was employed for 18 years and wore many hats at Robert Bair Plumbing, Heating and Air in Downers Grove. She moved to Sister Bay three years ago after being diagnosed with cancer. Dorothy was interested in archeology, watching classic films and World War II history. One of her favorite activities was going to the beach especially in Anna Maria Island, Florida. Dorothy loved dogs and her companion, Khloe was a blessing as she battled cancer.

Preceding her in death were her parents; her brother, Teddy; and brother-in-law, Kaye Kellum.

A celebration in her memory is planned for later this year.

Casperson Funeral Home & Cremation Services in Sister Bay is assisting with arrangements. Expressions of sympathy, memories, and photos of Dorothy may be shared with her family through her tribute page at www.caspersonfuneralhome.com.