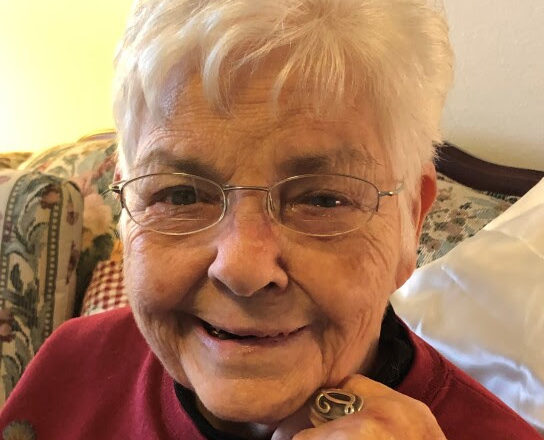 Dorothy Helen Kintopf, 84, of Sturgeon Bay, died on July 1, 2022, at Meadow View Assisted Living in Two Rivers.  She was born on December 4, 1937, in Sturgeon Bay to Joseph and Edna (Stegman) Rockwell.  On April 4, 1959, she married James Otto Kintopf in Sturgeon Bay.

Faith along with family was the most important things in Dorothy’s life.  She was a long-time member of St. Peter’s Lutheran Church.  Dorothy had a great love of music and dancing, especially in kitchen with her children, nieces and nephews at times bringing the band home to continue the fun until the sunrise.  She and husband Jim frequently had people over for meals during the holidays and many other times as well.  At Christmas time, hundreds of cookies would be baked and shared with countless people.  In the summertime, it was Rice Krispy Treats and Kool aid that was on the menu.  Dorothy was the ultimate caretaker who looked after many children and supported so many people in their time of need.

Funeral services will be 11:00 a.m. Tuesday, July 5, 2022, at St. Peter’s Lutheran Church with Rev. Carl Schroder officiating.  Burial will be in Bayside Cemetery.  Visitation will be from 10:00 a.m. until the time of services at the church on Tuesday.