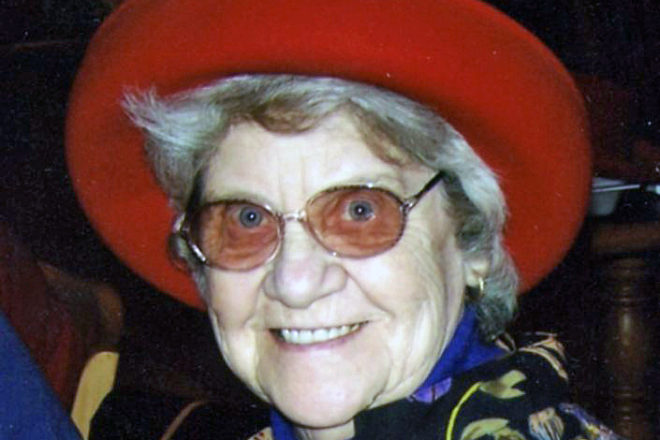 Dorothy M. Luckhard, 88, of Sturgeon Bay, died peacefully at Sturgeon Bay Health Services on Feb. 12, 2018. She was born Sept. 25, 1929 in Chicago to Henry and Dorothy Frank. On March 6, 1948 she married the love of her life, Ralph A. Luckhard in Chicago. In 1970, they moved to southern Door County with their three children, Robert, Linda and Debbie. They ran a small business on County C called “Dorral General Store” where they sold everything from TVs to clothing to groceries.

After operating the store, Dorothy started work at Leeds and Deels which eventually became Emerson Motors. There she made numerous friends which she still had until her passing. One in particular was Trudy Berkhahn who was truly her best friend and traveling companion. Their friendship was a special one.

Dorothy had a full and wonderful life traveling to places such as Australia, Alaska and many points in between. Being a member of the Red Hatters, she spent much of her latter years with many good friends enjoying the good life.

Funeral Services were held Feb. 19, 2018 at Forbes Funeral Home. Burial will be in Bayside Cemetery.

Special thanks to the wonderful nurses and staff at Sturgeon Bay Health Services, also to the Red Hatters who came to play cards with her every Tuesday and a final special thanks to Lisa Hartwig who was always there with fresh flowers and lots of hugs.