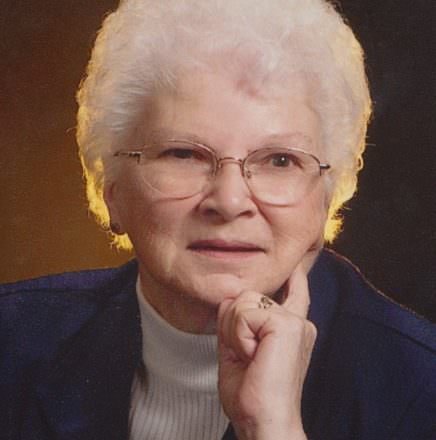 Dorothy M. Sawyer, 86, of West Bend, formerly of Sturgeon Bay, was called home Monday evening, January 30, 2017 at Samaritan Health Center in West Bend with family at her side.

She was born Dorothy Marie Gauger on August 20, 1930 in Fish Creek to William and Elizabeth (Ahrens) Gauger. Dorothy graduated from Gibraltar High School in 1948. On May 31, 1952, she married Norbert Oscar Sawyer at Zion United Methodist Church in Fish Creek. They moved to West Bend in 1966 where she began working for Amity Leather Products until her retirement in 1993. They moved back to Sturgeon Bay in 1996. In 2012, she returned to West Bend to be closer to her family.

Dorothy loved to read, was a great baker and cook for her family and friends.

Funeral services will be held at 11:30 am on Thursday, February 2, 2017 at Sturgeon Bay United Methodist Church with Pastor David Leistra officiating. Burial will follow in Bayside Cemetery.

Friends may call at the church, Thursday morning, from 10:00 a.m. until the time of services.

Memorials may be given in Dorothy’s memory to Sturgeon Bay United Methodist Church.

“We would like to thank all those caregivers who cared for our mother during her illness.”

Arrangements have been entrusted with Huehns Funeral Home & Cremation Services in Sturgeon Bay. Expressions of sympathy and memories may be shared with Dorothy’s family at www.huehnsfuneralhome.com.