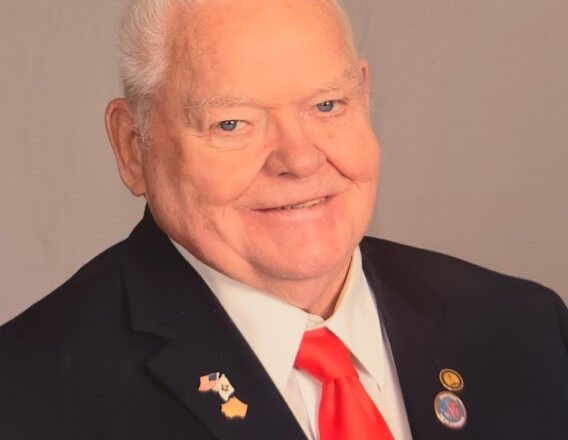 Douglas O. Kuhlka, 87 years, formerly of Nekoosa, WI died January 20, 2023, at his home in the Town of Jacksonport surrounded by his family.

He was born April 14, 1935 in Babcock, WI the son of late Otto and Lauretta (Keenan) Kuhlka. Douglas served his country with the U.S. Air Force from 1954-1957. After leaving the Air Force Doug started with Preway, a stove manufacturing company before working at Georgia Pacific making paper until his retirement in 1994. On July 2, 1960 he married Joye K. Hofer at the Congregational Church in Babcock, WI. In 2019, Douglas and Joye moved to Door County to be near their daughter Marjo.

He was a kind, wonderful husband, an amazing father to Marjo and Papa to his grandchildren. Douglas was devoted to his wife Joye and all her musical endeavors including Eastern Star as her assistant during her many musical engagements–so much that he was awarded “Most Wonderful Husband in the World” by her Eastern Star Grand Family.

Doug enjoyed the outdoors. He was an avid hunter, and especially loved deer hunting with his grandson Jake. Doug spent much of his free time ice fishing on Lake Dexter and enjoyed wood working. Douglas created many beautiful pieces for Joye and his family including a grandfather clock, a wooden icebox, and their home bar to mention a few. He was very handy and could fix most things (dear friend Jim took care of the things he couldn’t fix). He truly loved Joye’s music and regular Facebook live broadcasts.

Doug will be remembered for his homemade sauerkraut and homemade cranberry wine which he was happy to share with others and give away to many. (Please keep the mason jars, as we have plenty!)

Memorial services will be held at 11:00 a.m. Friday, January 27, 2023 at Nekoosa United Church of Christ with Pastor Wanda Veldman officiating. Burial will be at Babcock Cemetery. Military honors will be provided by America Legion Post #322.