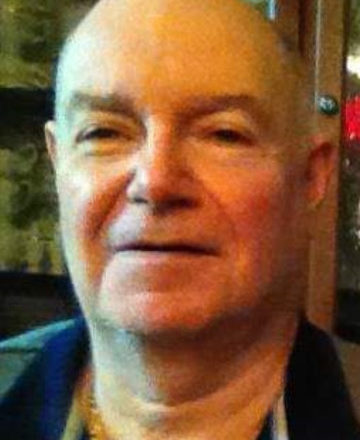 He was born September 23, 1950 in Sturgeon Bay, the son of Raymond John Jorns and Dorothy Elizabeth (Welnick) Jorns. Doug grew up attending St. Joseph Catholic Church and School in Sturgeon Bay. He graduated from Sturgeon Bay High School with the class of 1968. After high school, Doug initially went to Madison for electronics training and then moved to Oshkosh to attend the University of Wisconsin-Oshkosh for additional education. He only was at UW-Oshkosh for about a year before he was drafted to serve his country in the United States Army. While Doug was in the Army, he worked as an MP (Military Police) in military prison.

He initially worked as an electrician for Peterson Builders, Incorporated in Sturgeon Bay. Doug worked as a real estate agent for Starr Realty out of Sturgeon Bay and eventually bought a bar, “The Fishing Hole”, located in Idlewild in the Town of Nasewaupee and operated that for a few years.

On January 3, 1992, he married Maria Teresita “Terri” Salinas Perez at Doug’s home parish of St. Joseph, where he remained a lifelong member. The following year, they were blessed with a daughter, Megan, who remained one of the loves of his life. Doug affectionately called her “my China doll”. Having been diagnosed with MS in his 20’s, he was able to work into his 40’s before he became disabled and wasn’t able to work anymore.

Doug enjoyed fishing and hunting. He had an extensive gun collection which he was very proud of and liked shooting, even when he wasn’t hunting.

Doug will be deeply missed by his dear wife, Terri, with whom he was blessed with over 30 years of marriage; daughter, Megan Jorns of Sturgeon Bay; siblings-in-law, Norma (Rogelio) Gonzaga, Charlita Nugas, Vicente (Rosemarie) Perez, Jr., Bonifacio (Liezl) Perez, Ranato (Melanie) Perez, and Raul Perez, all of the Philippines; nieces and nephews; other relatives; and friends.

He was preceded in death by his parents; brother-in-law, Jokno Nugas; and other relatives.

Per Doug’s request, no services will be held.

“Our family would like to express our heartfelt thanks to the staffs of Door County Medical Center and St. Vincent Hospital for the good care you gave to Doug.”

Huehns Funeral Home, Inc. & Door County Crematory LLC in Sturgeon Bay are assisting the Jorns family. Expressions of sympathy, memories, and photos of Doug may be shared with his family through his tribute page at www.huehnsfuneralhome.com.