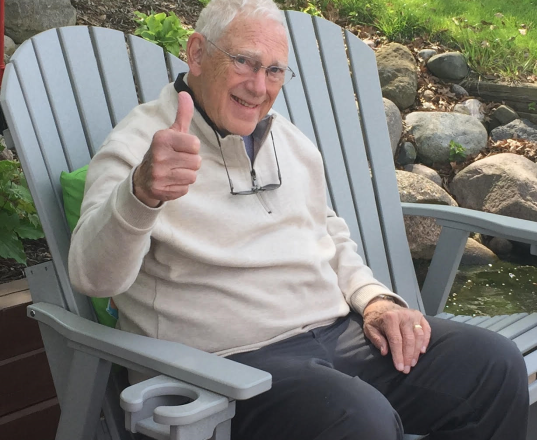 He was proud to have served in the U.S. Army from 1954 to 1956 before entering Birmingham Southern College (BSC). He received a bachelor’s degree in theatre arts in 1959. While at BSC, he served two years as president of the Pi Kappa Alpha fraternity and appeared in many theatre productions.

He received a master’s degree in theatre from the University of North Carolina in 1960, and soon after began his 40-year career as a university professor of theatre. He taught for three years at Troy State University in Troy, Alabama, before entering Indiana University to pursue a doctorate degree, which he received in 1968.

From 1963 to 1970, he taught at Indiana State University in Terre Haute, and was the director of graduate studies in theatre. He left Indiana State University to accept the position of chair of the Department of Speech and Theatre at Millikin University in Decatur, Illinois. At Millikin, he established the first bachelor of fine arts (BFA) degree program in musical theatre in the Midwest. While at Millikin, he served two years as president of the Illinois Theatre Association as well as regional chair of the American College Theatre Festival.

He left Millikin in 1984 to become chair of the Department of Theatre and Dance at the University of Wisconsin-Stevens Point, a position he held until his retirement in 2000. Under his leadership, the department was the first theatre department in Wisconsin to receive accreditation by the National Association of Schools of Theatre. He was also instrumental in establishing a BFA in acting, dance, design/technology and musical theatre.

In 1994, the American College Theatre Association selected Arthur as one of the 10 outstanding educational theatre directors in the country. During his highly regarded career, he directed over 150 plays and more than 30 musicals. Aside from his family, Arthur’s greatest joy was creating moving theatrical experiences for students and audiences.

In 2005, he and his wife, Dee, moved to their beloved Door County, where they have both been active in the arts. Arthur was an avid watercolorist, with Door County being the primary source of inspiration for painting. He found much joy building friendships and continuing to stay active in the performing arts, sports, travel, charitable and social activities.

The family is holding a private service in Arthur’s memory on August 5, 2019.

A public Celebration of Life will be held at 7 pm on August 6 at the Third Avenue Playhouse, 239 N. Third Ave. in Sturgeon Bay.

In lieu of flowers, a donation to the Third Avenue Playhouse in Arthur’s name would be greatly appreciated.

Casperson Funeral Home is assisting the Hopper family. Expressions of sympathy, memories and photos of Arthur can be shared through his tribute page at caspersonfuneralhome.com.