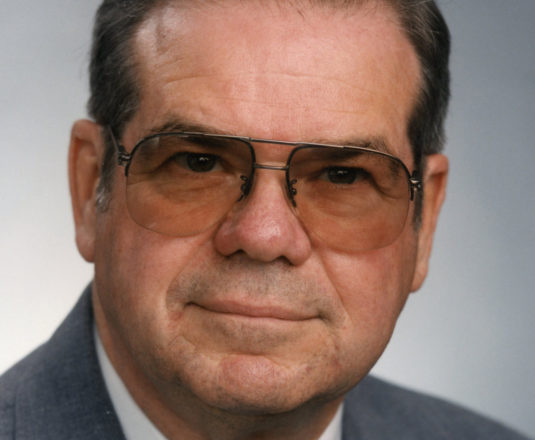 Dr. James E. Powers, 84, of Sturgeon Bay died peacefully after a long battle with Parkinson’s Disease. He was born in Eau Claire, Wisconsin, son of John and Carolyn Powers. He grew up in Eau Claire. In 1957, he graduated from the University of Wisconsin-Madison with a degree in pharmacy.

Following college, he worked for the Wisconsin Alumni Research Foundation for 10 years. In 1968, James became co-owner of Manitowoc Pharmacies, until he decided to pursue doctoral studies in pharmacy in 1981. He graduated in 1983 with a doctorate in pharmacology from the University of Minnesota. Upon graduation, he joined the College of Pharmacy faculty at South Dakota State University and became the first full professor of clinical pharmacy. In addition to teaching, James was the coordinator of alumni affairs and consulted at several health-care centers before his retirement in 1999.

James was married to Mary Kexel on November 24, 1954, in Jefferson, Wisconsin. They raised four children together and celebrated more than 60 years of marriage until her passing in 2016.

According to James’s wishes, there will be no funeral services.