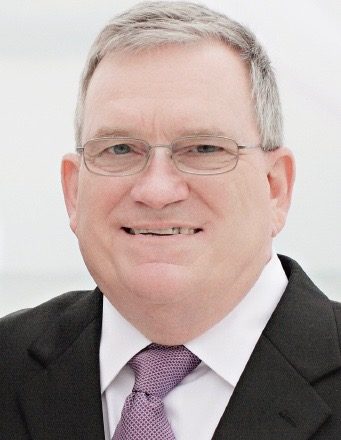 Ed graduated from Sturgeon Bay High School in 1967, then attended Michigan Tech, where studied engineering. After marrying Cathy, he joined his father in the automotive business. For 12 years, they operated Jones Chrysler-Plymouth in Sturgeon Bay and Green Bay, and Jones Dodge in Algoma.

During the 1980s, Ed transitioned into the aftermarket automotive-product business. For several years, he was vice president of Petrolon and later established NuTech Engineering International with several other associates, a company that sold automotive products around the world.

Ed was a longtime and dedicated member of St. Peter’s Lutheran Church. He had a strong passion for music and enjoyed directing the church choir for many years. He also enjoyed his dogs and traveling in his RV, following the Packers, and he especially loved the time he spent with his family. Ed had a very mechanical mind and was always interested in anything that had to do with cars.

He was preceded in death by his parents, first wife, and an infant sister, Susan.

Funeral services will be held Wednesday, Feb. 5, 12 pm, at St. Peter’s Lutheran Church in Sturgeon Bay, with burial at St. Joseph Cemetery. Friends may call at the church Feb. 5, 10 am – 12 pm. Forbes Funeral Home is in charge of the arrangements.

Special thanks to Unity Hospice and the doctors and staff at Door County Medical Center for the wonderful care and support.