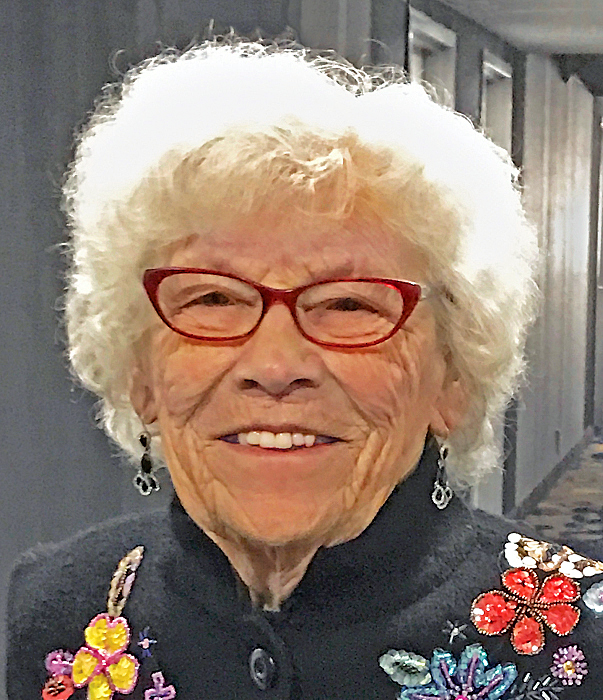 Eileen (Liebe) Robertson, 88, of Sturgeon Bay, passed away at the Door County Medical Center Skilled Nursing Facility on April 24, 2018. She was born on June 6, 1929, in Sturgeon Bay to Ernest and Helen Liebe. On March 29, 1952, she married James Robertson in Sturgeon Bay and had four children, Kurt, Cheryl, Kris, and Dale.

Eileen grew up in Nasewaupee, attended Sturgeon Bay High School, and moved once in her life (until recently) — that being to Robertson Orchards on Shiloh Road. She was a member of the Sturgeon Bay United Methodist Church, the Red Hatters, a homemaker, orchard owner, and “Olga” in Jim’s Door County Advocate column Orchard Ole. Eileen was a wonderful baker, making the best fresh cherry and apple pies.

A memorial service will be conducted at the United Methodist Church, 836 Michigan Street, Sturgeon Bay at 2:00 p.m. on Saturday, April 28, 2018, with Pastor David Leistra officiating. Friends may call directly at the church on Saturday from 12:30 p.m. until the time of service. Interment will take place at the Shiloh Church Cemetery.

In lieu of flowers, memorials may be made in Eileen’s name for the Sturgeon Bay United Methodist Church or Shiloh Moravian Church Lot & Cemetery Association Building Fund.

The family would like to express their heartfelt thanks to Unity Hospice, Cardinal Ridge Residential Care, the Door County Medical Center and Skilled Nursing Facility for their wonderful care and support.