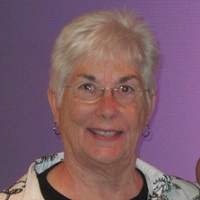 Eileen Petersen Champeau died Thursday, May 31, after being recently diagnosed with ALS (Lou Gehrigs Disease). She was born on July 10, 1935 in Milwaukee to William Petersen, Sr. and Irma (Lohrey) Petersen.

They lived in Milwaukee until the age of 10 and moved back to Door County, her father’s birthplace. She attended the Maple Grove School and the Peninsula Center School on County A until the 8th grade where she was the one other student in her class. There she met and still has many good friends. She graduated from Gibraltar High School in 1953.

She was preceded in death by her father, mother, and brother William Jr. She worked at the Sister Bay Bowl for many years and at several clothing stores in Sister Bay.

Memorials can be made out to the Dean Champeau Family and will be distributed among her favorite charities.