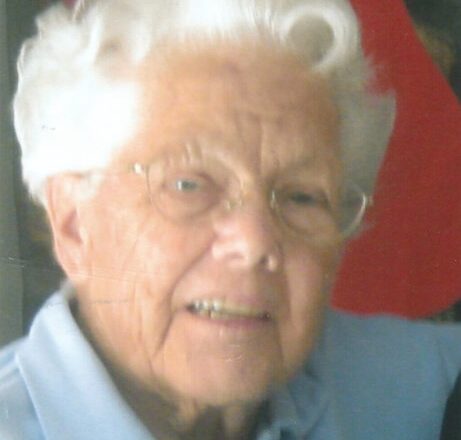 The youngest child of Ed and Julia (Bergwin) Johnson, Elaine was born on March 31, 1925 in Oakland, NE, where she lived her earliest years. Upon graduation from Oakland High School in 1944, she attended an electronics and radio school in Omaha and opened her own business of a radio and appliance store back in her hometown of Oakland. With her brother Hugh’s return from military service in WWII, the two partnered in several business endeavors including a bar, a motel, and later a farm in the Oakland area.

Elaine and her cousin from Door County, Gretna Johns, began a new partnership traveling the country from Texas to Florida, Wisconsin, and many points in between, working jobs wherever they were available. When their wanderlust ended, they settled in Sister Bay.

In the early 1950s, Elaine and Gretna became involved with the local Door County fishing business with their dear friend, Robbie Kodanko, providing fish to many Northern Door restaurants. In 1966, they purchased the grocery store on the north end of Sister Bay and named it “Beach Road Market”, operating it until 1973. During that time, they continued their involvement with the local fishermen. Upon the sale of the grocery store, they established the Northern Lights Fish and International Caviar Company, processing and selling perch and whitefish locally and caviar to kosher markets in Chicago and exporting them to Sweden. Elaine became Executive Secretary of the Northeastern Wisconsin Commercial Fisheries Association, where she worked with the legislature and DNR in Madison to promote and maintain the commercial fishing industry in the state. In 2000, the cousins sold their fish processing business and officially retired.

Gardening, coffee, and conversation with friends filled her days. A new endeavor, holding benefits to raise funds for the needs of various local individuals and groups including Scandia Village, the Liberty Grove Heritage Society, Louis Hansen Baseball Field, and our local school – just to name a few – by holding fish boils and softball games soon became an important part of her life. Elaine was always ready and willing to help a friend or neighbor in need. A storyteller extraordinaire, in 2017, she published some of her favorite tales in a book of memoirs entitled Stories from Yesteryear. A quote from that book sums up Elaine’s philosophy and generous heart, “If you don’t have friends, people you worked with… without them, you really would not have much of a life at all.”

She is survived by her niece, Julia Noyes of Lincoln, NE; nephew, Robert Plymate of Centerton, AK; great nieces and nephews; and several cousins. She will be missed by all who knew and loved her in the Northern Door Community, especially the many young people she and Gretna worked with and claimed as their own over the years (Kevin, Jim, Darrell, Victor, David, and Sheila).

In honor of Elaine’s wishes, no formal services will be held.

Casperson Funeral Home and Cremation Services of Sister Bay is assisting Elaine’s family. Expressions of sympathy, memories, and photos of Elaine may be shared through her tribute page at www.caspersonfuneralhome.com.