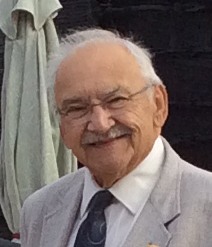 Emil Scheidecker, 77, of Sturgeon Bay died of cardiac arrest, surrounded by his family, on Nov. 5 in Florida.

He was born in Milwaukee to Emil and Gloria (Alioto) Scheidecker.

Emil moved to Sturgeon Bay during his junior year of high school and graduated in 1961. In 1963, he married the love of his life, Darleen Blahnik; they were married for 57 years.

Emil worked in the motor-making industry for 16 years. In 1983, he turned a 13-year hobby of lapidary into a business. Emil and Darleen owned and operated the Stonecutter for 31 years. After his retirement, he became a step-on guide for the tour coaches visiting Door County. From 1977 to 1989, he coached Girls Little League. Emil loved people, young and old, and was known for his wit and conversation.

He was preceded in death by his parents; brother, Richard (Patricia) Scheidecker; brother-in-law, Tony Sprifke; and niece, Sandra Thompson.

A celebration of his life (visitation) will be held at the Forbes Funeral Home on Thursday, Dec. 5, 4-7 pm. A memorial mass of Christian burial will be conducted at St. Joseph Catholic Church on Friday, Dec. 6, 11 am. Burial will be in St. Joseph Cemetery. There will also be a visitation on Dec. 6 at the church, 10-11 am.

In lieu of flowers, please donate to the St. Joseph Church Maintenance Fund in memory of Emil.