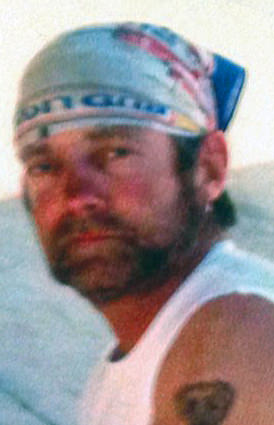 He was born June 4, 1964 in Green Bay, the son of Lowell and Bette (Walker) Juhlin. Eric attended Southern Door High School before enlisting in the United States Coast Guard where he served eight years from 1982 through 1990. He was stationed in St. Ignace, MI; Portland, OR; Guam; Italy; and Sturgeon Bay. Eric married Diana Allen in 1993 in Plymouth, WI. He sailed on tugs in the Chicago area before working as a high-risk painter, painting water towers throughout the mid-west always accompanied by his companion “Jack the dog.”  Eric returned to Sturgeon Bay in 2004 and worked at Bay Ship as a painter.

He loved the waters of Lake Michigan and Green Bay where he sailed and fished. Eric enjoyed cooking, especially with his nephew. He could fix or build anything and was always working on multiple projects.

He was preceded in death by his father, Lowell; and grandparents, Bill and Marion Walker, and Eric and Florence Juhlin.

A service of remembrance will be held at 7:00 p.m. on Thursday, January 5, 2017 at Huehns Funeral Home in Sturgeon Bay. Military honors will follow at the funeral home.

Condolences and memories may be shared with Eric’s family via his tribute page at www.huehnsfuneralhome.com.