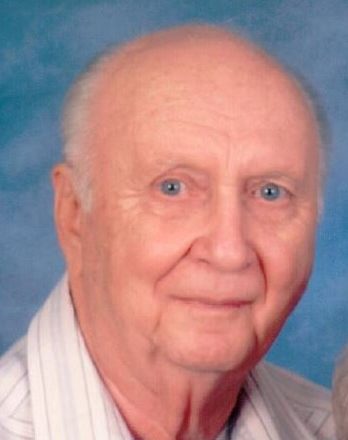 Ernst “Ernie” Brungraber, 88, of Buffalo Grove, IL, formerly of Jacksonport, WI, was called Home to the Lord on Tuesday, February 15, 2017.

He was born September 19, 1928, the son of Karl­ and Marie (Dietrich) Brungraber. Ernie graduated from Sevastopol High School in 1946. Ernie was initially employed with AT&T laying cable. He eventually moved to Iowa, meeting his future wife, Beverly, in Webster City. Ernie was drafted into the United States Army and served his county while stationed in Korea. He was united in marriage to Beverly Trusty on April 21, 1951 at Camp Gordon in Augusta, GA. Three months later, Ernie was shipped to Korea and then discharged in Fort Attterbury, IN. He returned to AT&T in Rawlings, WY and worked in the radio division for 10 years. Ernie transferred to Chicago and retired as an engineering supervisor.

He loved tinkering around the house and helping his children remodel or create new spaces within their home. Ernie and Beverly loved to travel to China, Russia, and especially Germany where they both had relatives. He and Beverly were blessed with nearly 66 years of marriage, but knew almost immediately upon meeting that they would someday be married. Ernie liked polka, waltz, and outlaw country music. He will be remembered for being independent, a problem solver, who encouraged others to be adventurous and patient. Ernie’s life was a true testament to doing all things for your family and loving them unconditionally.

Ernie’s life will be honored with a funeral service held at 11:00 a.m. on Friday, March 3, 2017 at Huehns Funeral Home with Pastor Joel Sauer, of St. Peters Ev. Lutheran Church in Sturgeon Bay, officiating. He will be laid to rest at Lakeview Cemetery in the Town of Jacksonport.

Expressions of sympathy, memories, and photos of Ernie may be shared with his family through his tribute page at www.huehnsfuneralhome.com.