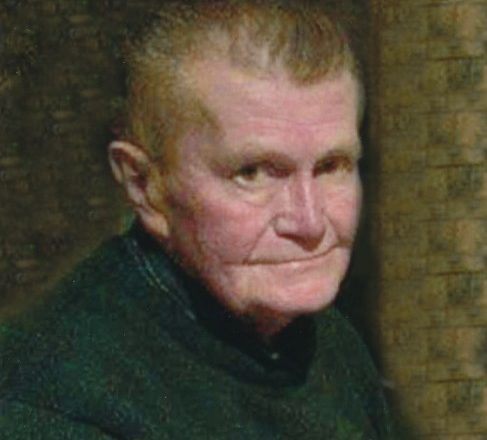 Eugene Ervin Lhost, 78, of Sister Bay died surrounded by his family at the Door County Medical Center in Sturgeon Bay.

He was born on the family farm in Luxemburg to Ervin Lhost and Arline (Marsicek) Lhost. He grew up in the Two Rivers area, and after graduating from high school, he enlisted in the United States Navy, proudly serving his country from 1959 until his honorable discharge in 1962.

He married Judith (Sitte) Steger in 1967 at the old First Baptist Church. In the mid-1970s, they owned and operated Lhost Dining Room in Sister Bay. Although Judith and he separated, they remained friends throughout Gene’s life.

Gene continued to work at various restaurants in Door County. The best part of his life was working with the family and staff at Fred and Fuzzy’s. Fuzzy was more than a boss to Gene; he was a treasured friend who challenged Gene’s cribbage skills nearly every day.

Gene acquired a knack for card games as a young boy, playing with his Grandma and Grandpa Lhost on Sundays. In his later years, Gene enjoyed Wednesday-night cribbage and sheepshead with the guys at the AC Tap.

He loved to make special seasonings, baked beans, chicken-dumpling soup and cheesecake and was known for Gene’s BBQ, which is featured on the menu at Fred and Fuzzy’s.

Gene will be missed by his children, Tammy (Jerry) Nicholson of Sobieski, Teresa (Jonathan) Diller of Sturgeon Bay, and Wallace (Kaila) Lhost of Ellison Bay; grandchildren, Meghan and Andrew Lampereur, Jaden Diller, and Halleigh and Bairen Lhost; siblings, Deanna Magadanz, Gary (Julie) Lhost, Lee (Jill) Lhost, and Nathan (Betsy) Isaacson; as well as many nieces, nephews, and his extended families and dear friends at the AC Tap and Fred and Fuzzy’s.

He was preceded in death by his father, Ervin Lhost; mother, Arline Isaacson; and special friend, Judy Lincoln.

A funeral service will be held Wednesday, Feb. 26, 6 pm, at Huehns Funeral Home in Sturgeon Bay, with military honors to follow. Gene will be laid to rest in Little Sister Cemetery.

Gene’s family wishes to extend a heartfelt thank-you to the Door County Medical Center ICU and oncology department staffs, as well as their family and friends for all their support.

In lieu of flowers, a memorial fund has been established to assist with funeral expenses. Donations may be sent to the family of Gene Lhost at P.O. Box 6, Sturgeon Bay, WI 54235.

Casperson Funeral Home and Cremation Services of Sister Bay is assisting the Lhost family. Expressions of sympathy, memories and photos of Gene can be shared through his tribute page at caspersonfuneralhome.com.