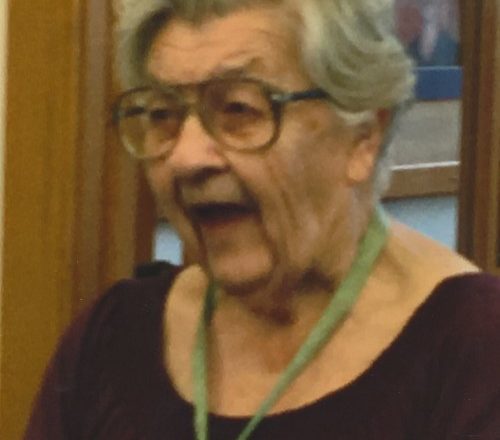 She was born February 15, 1928 in Milwaukee, daughter of the late John Sr. and Agnes (Riepl) Casper. Evelyn graduated from St. Mary’s Academy before accepting a position at Wisconsin Bell, where she worked until her retirement in 1982. After retiring, she moved to Washington Island. She was a devout Catholic and a member of Stella Maris Parish.

Evelyn’s life will be honored with a memorial service on Saturday, November 21, 2020 at 10:30 a.m. at the Trueblood Performing Arts Center (TPAC) on Washington Island with Fr. Thomas Farrell of Stella Maris Parish officiating. A memorial service will be held in Milwaukee at a later date.

In consideration with the local and statewide mandates, a 50-person occupancy will be allowed in the building. Those in attendance must wear a mask, practice social distancing, and have their temperature taken before entering.

Casperson Funeral Home & Cremation Services of Sister Bay is assisting the Kirchner family. Expressions of sympathy, memories, and photos of Evelyn may be shared with her family through her tribute page at www.caspersonfuneralhome.com.