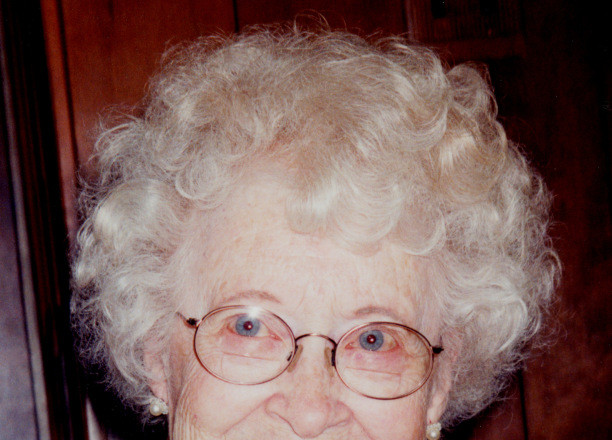 Florence Therese Rupp, 93, formerly of Sturgeon Bay, passed away early Thursday morning, October 8, 2015, at Woodside Villa in Green Bay with family at her side.

She was born January 17, 1922, in the town of Nasewaupee, the daughter of the late Frank and Bertha (Ellerman) Stauber. Florence worked for Algoma Plywood during WWII and later for Bay Shore Inn and Jolin’s Drug Store. She also worked at the Agricultural Adjustment Agency (AAA) office and for Home Care Nursing Facility.

On July 8, 1950, Florence was united in marriage to Norman Rupp at Holy Name of Mary Catholic Church in Maplewood. They were blessed with nearly 57 years of marriage together. Norman preceded Florence in death on May 9, 2007.

Florence enjoyed traveling with family throughout the United States, Canada, and Mexico. She spent eight winters in Florida and also made five trips overseas, traveling throughout Europe and the Middle East.

Florence was a longtime member of St. Joseph Catholic Church in Sturgeon Bay. She was president of the Home School Association, secretary of the Christian Mothers, and involved in the CCD program since its inception. Florence was also a member of the Zoning Board of Appeals for five years, the Sturgeon Bay Home and Garden Club, the Door County Marine Men’s Auxiliary, the Right to Life since its inception, was a Boy Scouts den mother and served as president of Birthright for five years. She had even written an article for the Door County Advocate about the women who had husbands who sailed.

She was preceded in death by her parents; husband; one brother, Clifford Stauber; and four sisters, Marcella Stauber, Lila Vogel, Myrtle Neuser, and Mary Ann Stauber.

A private Mass of Christian Burial will be celebrated at St. Joseph Catholic Church with Fr. Bob Karuhn as celebrant. Florence will be laid to rest by her husband, Norman, in St. Joseph Mausoleum.

Memorials may be given in Florence’s name for the Alzheimer’s Association Greater Wisconsin Chapter, 2900 Curry Lane Suite A, Green Bay, WI 54311.

Huehns Funeral Home of Sturgeon Bay is assisting the family with arrangements. Condolences and guestbook signing may be offered at www.huehnsfuneralhome.com.