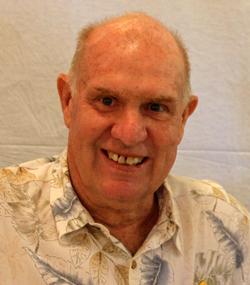 Jerome “Jerry” Donald Mann, 71, of Sevastopol, passed away Wednesday morning, August 26, 2015, in the comfort of his home with his wife, Shirley, at his side.

He was born November 25, 1943, in Sturgeon Bay, the son of Donald Cedric and Jeanette (Wilke) Mann. Jerry graduated from Wisconsin Academy in 1962 and went on to study at Iowa State University and also at Union College in Lincoln, NE. He owned and operated Mann Chimney Service from home. Jerry also farmed, providing custom planting and harvesting.

He was a member of the Sturgeon Bay Seventh-day Adventist Church. He was active in the local SDA churches he attended in Iowa and Wisconsin as Pathfinder director, deacon, elder, personal ministries leader, etc. He also served on the Wisconsin Conference executive committee, nominating committee, and lay advisory committee.

While living in Ames, IA, he learned how to lay brick, block, and stone while working for a mason. He started his own masonry business and also did snow plowing. The family moved back to Wisconsin to his grandparents’ farm near Sturgeon Bay in June, 1979. Jerry kept trying to figure out how he could work right up to his death. He also enjoyed traveling as well as listening to classical music.

Jerry was preceded in death by his father; grandparents; aunts; and uncles. Funeral services will be held at 11:00 a.m., Friday, September 4, 2015, at Sturgeon Bay Seventh-day Adventist Church with Elder Mike Edge officiating. Burial will follow in Bayside Cemetery.

The family would like to thank Dr. Winkler and others from Green Bay Oncology and those from Unity Hospice who helped provide care for Jerry.

Memorials may be given in Jerry’s memory for Unity Hospice or Sturgeon Bay Seventh-day Adventist Church.