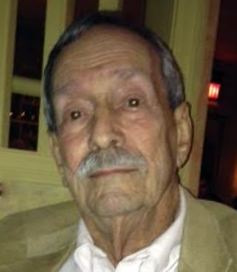 Paul was born June 10, 1930, in Sturgeon Bay, the son of the late Joseph and Margaret (Parent) LeMere. Following his graduation from high school, he graduated from U.W. Madison in Electrical Engineering. Paul then served his country in the United States Army during the Korean War from 1951 to 1953. He was a member of the VFW.

Paul worked for 12 A½ years in the Aerospace Division of General Motors Corp. He continued his work at AC Electronics (now AC Delco) and retired in 1992 from Honeywell after 25 years.

After enjoying his retirement in Florida, Paul moved closer to his daughter, Suzanne, in Kentucky.

He had been a member of Stella Maris Catholic Church-Egg Harbor site and was a past Grand Knight of the Knights of Columbus.

Local arrangements have been entrusted to Huehns Funeral Home in Sturgeon Bay.

Arrangements are pending for a memorial Mass of Christian Burial to be celebrated at Stella Maris Parish-Egg Harbor site at a future date to be announced.

Condolences and guestbook signing may offered at www.huehnsfuneralhome.com.