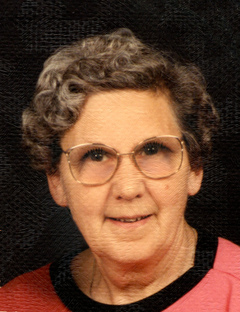 In her earlier years, Lucille was a 4-H leader and taught leather craft and basketry.  She was a past member of the Homemaker’s Club and the Peninsula Promenader’s.  Lucille worked at Seville Organ Company and Emerson Motors for many years.  She also worked as a housekeeper for DeJonge Cottages and as a mink skinner at Brabazon’s Mink Farm.  She was a very active woman who enjoyed wood carving, gardening, growing flowers, and feeding the birds.

Funeral services will be at 11:00 a.m. Friday September 11, 2015, at St. Peter’s Lutheran Church with Rev. Joel Sauer officiating.  Burial will be in Shiloh Moravian Cemetery.  Visitation will be from 4:00 to 7:00 p.m. Thursday at the Forbes Funeral Home in Sturgeon Bay and from 10:00 a.m. until the time of services at the church on Friday.  A prayer service will be held at 7:00 p.m. Thursday at the funeral home.