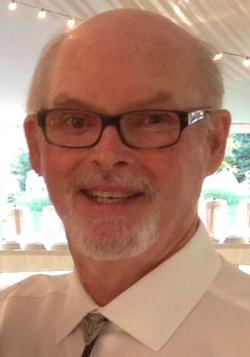 Waynne Joseph Schauske, 63, of the town of Sturgeon Bay, fell asleep in the loving arms of his family and awoke in the arms of the Lord on Thursday, August 27, 2015, while in the comfort of his home.

He was born June 17, 1952, in Sturgeon Bay, the son of Joseph and Beverly (Anderson) Schauske. Waynne graduated from Sevastopol High School in 1970. He studied nursing and graduated as an R.N. in 1992, working for Ministry Door County Medical Center in Sturgeon Bay until January 2015. This career choice suited Wayne’s heart and personality as his compassion and kindness were felt by everyone he worked with and cared for.

He was a lifelong member of Bay View Lutheran Church, where he taught Sunday school and served on the church council. Waynne was an avid bow hunter and enjoyed spending time in the outdoors with family in Gresham. Central to Waynne’s life were his love of God and family. Though saddened to leave family and friends, Waynne was at peace at home. He looked forward to meeting his loving father and creator and being united with his loved ones.

Waynne’s life will be honored and celebrated with a memorial service held at 11:00 a.m., Monday, August 31, 2015, at Bay View Lutheran Church in Sturgeon Bay with Pastor Tim Malek officiating.