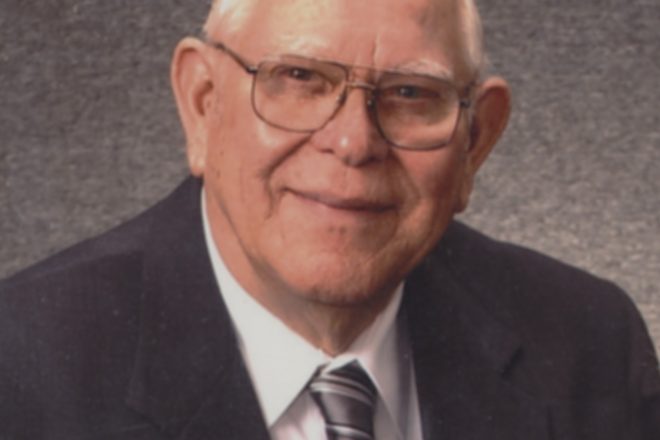 He was born January 31, 1935 in Sturgeon Bay, son of the late Frank Sale and Eleanor Ann (Marik) Kern. Fritz graduated from Sturgeon Bay High School with the Class of 1954. He worked for Sturgeon Bay Utilities as an electrical lineman and then in the metering department. On February 4, 1956, Fritz and Barbara Marie Kimber were united in marriage at St. Joseph Church, where the two remained lifelong members. Fritz loved to go fishing, camping, and spending time with his family.

Fritz was laid to rest during a private ceremony at St. Joseph Mausoleum in Sturgeon Bay.

The family would like to extend a heartfelt thank you to the staff at Cardinal Ridge Residential Care and Unity Hospice for their wonderful care and compassion shown to Fritz and the entire family.

Huehns Funeral Home is assisting the family. Expressions of sympathy, memories, and photos of Fritz may be shared with his family through his tribute page at www.huehnsfuneralhome.com.