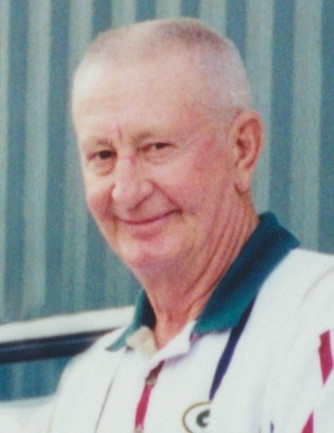 He was born January 19, 1927 on the Serrahn family homestead on County Road TT in the Town of Sturgeon Bay, the son of Heinrich “Henry” and Matilda (Linstedt) Serrahn. Fred’s mother passed away early in his life leaving his father and step-mother to care for him along with his older siblings. He attended the grade school down the street from his childhood home before going out to work for Waterman Steam Ship Co. in Mobile, AL in 1944.

Fred enlisted to serve with the United States Army, entering active service on October 12, 1952. He was honorably discharged from service on September 23, 1954 and was awarded the National Defense Service Medal. Fred eventually returned home to Sturgeon Bay and met Eleanor Clisby (Bailey) Haberli. He gained a family (Eleanor’s four children) when he and Eleanor were united in marriage on October 12, 1963 at St. Joseph Catholic Church.

Together, they owned and operated Serrahn’s Lorraine Cottages on Bay Shore Drive. Fred’s primary career, though, was in marine cargo transport, which allowed him to see the world. He also took pride in clearing cedar swamps back home and always made sure to perfectly stack the wood piles for delivery to Door County residents. Fred was even known for “chasing paint” (painting) at the Barbican in Sturgeon Bay where his daughter, Christine, worked. Together, he and Eleanor shared over 45 years of marriage. She passed away April 30, 2009.

As a kid, Fred grew up attending St. Peter’s Ev. Lutheran Church in Sturgeon Bay and was a member of the Seafarers Union while sailing. “He was a hard worker all the way around,” right up until the very end when he wasn’t physically able to work anymore. Fred loved being outdoors, whether it was working out the cedar swamps, hunting with family, or hanging out at the old saw mill with friends.

Fred’s life will be honored with a memorial service held at 11:00 a.m. on Tuesday, August 1, 2017 at Huehns Funeral Home in Sturgeon Bay with Chaplain Mark Richards officiating.

Visitation for family and friends will be held at Huehns Funeral Home on Tuesday, August 1, 2017 from 10:00 a.m. until the time of service.

A heartfelt thanks goes out to the staff of Anna’s Healthcare CBRF (where Fred was one of the first residents) for the wonderful care given to Fred the past four years and also to Southern Care Hospice for their compassionate care the past year.

Expressions of sympathy, memories, and photos of Fred may be shared with his family through his tribute page at www.huehnsfuneralhome.com.