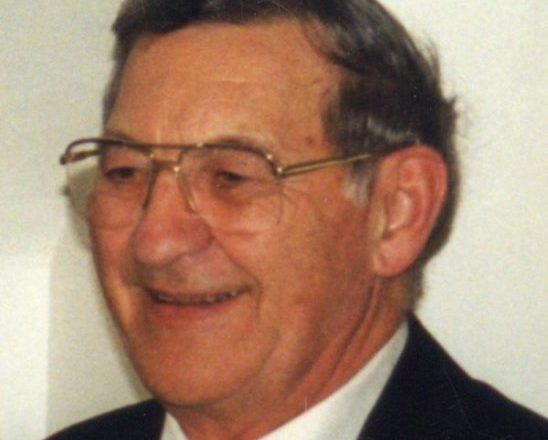 Frederick Leonard Luebeck, 92, of Sturgeon Bay died at Sturgeon Bay Health Services. He was born in Suring, Wisconsin, to Leonard and Hilda (Scheer) Luebeck. On October 23, 1954, he married Betty Papke at St. Peter’s Lutheran Church. She preceded him in death on May 19, 1995. He later married Lee Ann Blizel, on April 11, 1999, in Sturgeon Bay.

Fred served his country in the U.S. Army from 1943 to 1945. After the service, Fred worked as a police officer in Sturgeon Bay for 30 years, retiring as a Captain in 1981. In his retirement, he ran Fred’s Lawn Service and Snow Removal and also did woodworking. Fred enjoyed many years golfing and bowling. He also enjoyed fishing with his good friend Don Herlache.

A memorial service with veteran honors will be conducted at 11 am on Monday, Aug. 26, 2019, at St. Peter’s Lutheran Church, with the Rev. Joel Sauer officiating. Friends may call at the church on Aug. 26, 10-11 am. Forbes Funeral Home and Cremations is in charge of arrangements. Memorials may be directed to St. Peter’s Lutheran School in Fred’s name. Online condolences may be offered at forbesfuneralhome.com.