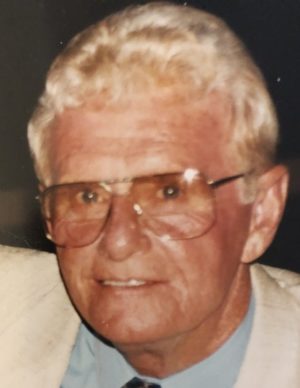 Garnet was born Oct. 12, 1934 in East Chicago, Indiana to Garnet, Sr. and Lillian (Wellburn) Ward. He went to Hammond, Indiana High School and then went on to receive his degrees in Geology and Chemical Engineering from Purdue University and then Indiana University. After graduation he started his career in water treatment and eventually opened up his own company, Aqua Prep, Inc. who, for 19 years, ran successfully with his wife, Gerry, family and two close friends.

Garnet was full of dreams and inspirations. He had a passion for golf, sports, fishing, living by the lake and spending time with his family and friends. He was also known for his quick wit, infectious smile. He loved to tell a good joke and great story, bringing much laughter to all. He had a kind soul and a loving, generous heart that will be clearly missed.

Garnet was preceded in death by his parents; and brother, Jack.

A funeral service will be held at 1 pm on Friday, Nov. 9, 2018 at the chapel at Washington County Memorial Park, 3358 Paradise Dr, West Bend, Wisconsin.

Memorials in Garnet’s name may be made to the cancer or COPD foundation of your choice.

Huehns Funeral Home, Inc. & Door County Crematory LLC are assisting the family. Expressions of sympathy, memories, and photos of Garnet may be shared with his family through his tribute page at www.huehnsfuneralhome.com.